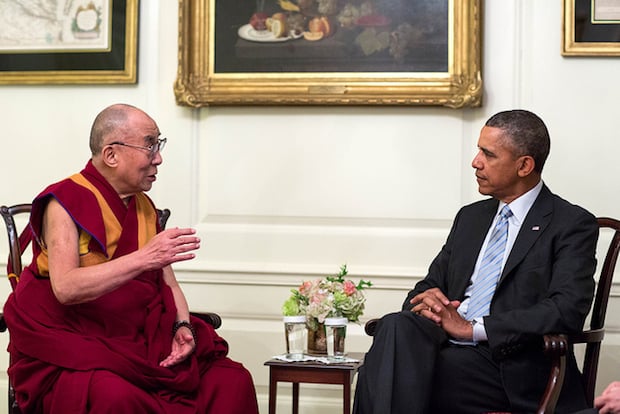 The Obama Administration is yet again making headlines thanks to its ‘closed-door’ policy when it comes to anyone other than official White House photographer Pete Souza getting time to photograph the President.

This time the controversy revolves around President Obama’s meeting with His Holiness the Dalai Lama, a meeting with far-reaching political implications that everyone but Mr. Souza was yet again shut out of.

Initial reports that the White House was drawing independent press photographers’ ire by severely limiting access to the President broke all the way back in November, and yet the problem still hasn’t been solved. Not for lack of promises that positive change was on the way, but rather lack of any action to turn those words into reality. 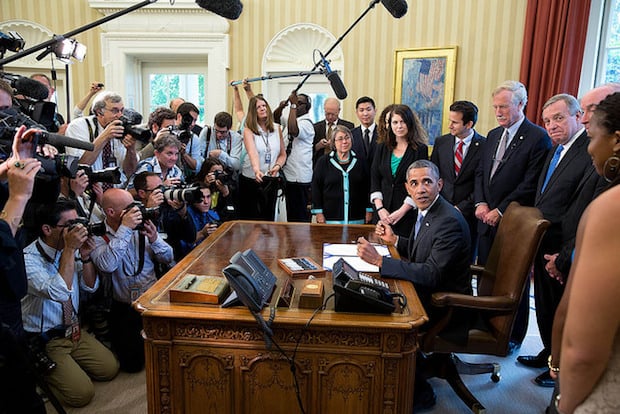 “[The National Press Photographers Association] is deeply disappointed,” said NPPA general counsel Mickey H. Osterreicher, “that — despite promises by the White House to work with news organizations to improve access to newsworthy events involving the President — they barred independent photo coverage of today’s meeting with the Dalai Lama, only to issue their own photograph of the event a short time later.”

And it’s not just the NPPA that is speaking out against this decision and the administration’s policy in general. Both the AP and Reuters are refusing to publish the photograph at the top of this post in protest.

“We requested independent access to the meeting between the president and the Dalai Lama both verbally and in writing but were refused,” said AP vice president and director of photography Santiago Lyon. “The AP will not be distributing [the official White House] photograph to our customers because we strongly believe that access was possible and should have been permitted.”

For more on this story, be sure to read the NPPA’s coverage here. And once you do, share your thoughts in the comments. Are photographers overreacting? Should Pete Souza himself speak out against this policy? Let us know what you think.