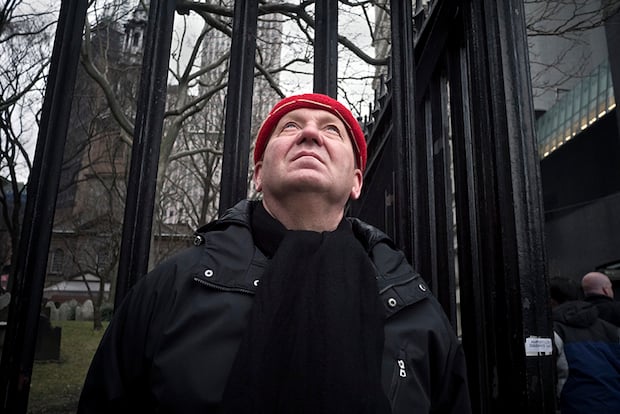 When most people visit the site of the World Trade Center Memorial and the new towers, they point their cameras at the buildings or the pools where the original towers once stood. But when photographer Keith Goldstein goes there, he turns his camera on the people.

His series “Looking on, Watching the Building of the Freedom Towers,” captures the expressions of visitors to the WTC site. Most of the photographs seem to show onlookers in a state of quiet reverie, faces rapt as they contemplate the meaning of the buildings and memorial in front of them.

Speaking with The Inspired Eye, Mr. Goldstein explained his inspiration for the project:

Here’s a selection of photographs from the series: 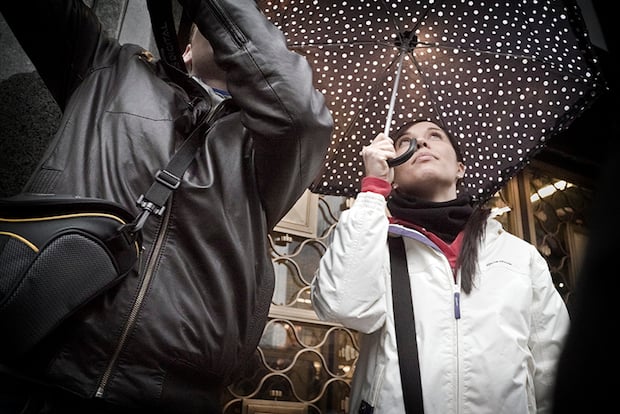 This goes beyond a simple photo project for Goldstein. There’s a deeper meaning there, birthed out of the fact that he witnessed the attacks of September 11th, 2001 first hand:

After the first tower was struck, I headed downtown to see first hand what was happening. During that time the second tower was struck… I witnessed people jumping to their deaths to keep themselves from being consumed from the fire. When the towers began to fall, I, along with others around me, just ran as far as we could…

My intention was to capture a thought-provoking collection of expressions, emotions, and the diverse ethnic make-up of the visitors. To see how they reacted to what they were seeing – a place where people perished and a new place that was being rebuilt out of the ruins.

To read the whole short interview, hear more about how Goldstein shot the series, or see more photos from it, head over to The Inspired Eye by following the link below. You can also visit Mr. Goldstein’s blog and portfolio directly by clicking here or here, respectively.

Image credits: Photographs by Keith Goldstein, courtesy of The Inspired Eye and used with permission.