First things first: Happy New Year! Whether you’re in Berkeley, CA, Bucharest, Romania or Shanghai, China, it’s now 2014 for everyone, and we want to start off the new year by thanking you all for a phenomenal 2013. You guys and gals are the reason we get up in the morning and stay up nights wracking our brains to figure out how we can make this site the best photo blog in the world.

And so, before we start making that happen and hit 2014 running, we thought we’d take a moment (as we do every year) and deliver our “state of the blog address” in which we let you know where we’re at, and give you a peek at where we’re going.

We also have one of the most engaged communities of photography lovers. You guys consistently start in-depth debates in the comments, aren’t afraid to call us out when we get something wrong and send us more tips than we have time to look into.

In short, as far as we’re concerned, we have the most engaged and dedicated readership of any photography website out there, and we couldn’t be more grateful for each and every one of you. Which is why we want your feedback going forward.

A Change at the Helm 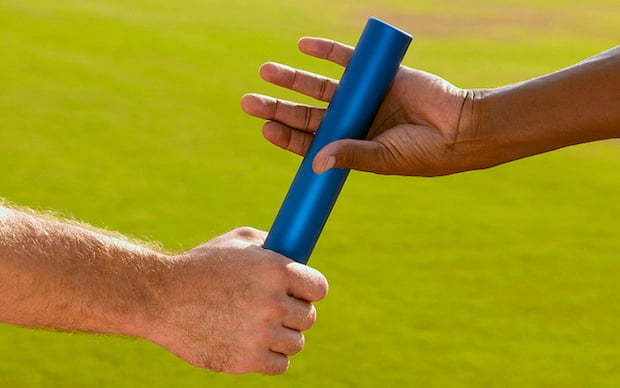 For PetaPixel, 2014 begins with a big change and a lot of excitement. In 2013, for the first time since Michael created the blog in 2009, we brought on staff. We’re proud to have an incredibly talented team of news writers, columnists and reviewers all dedicated to bringing you the most informative and inspirational photography content on the Web.

Now, as we begin 2014, our fearless leader and founder Michael Zhang is beginning to shift his focus elsewhere, and so he’s decided to hand over the Editor in Chief reins to me, DL Cade. As of today I’m officially the PetaPixel EIC, and the first thing I want to do is ask you for your feedback so that PetaPixel can continue to improve at breakneck speed.

What do you love? What could you live without? It comes down to two simple questions: what do you like? what don’t you like? Our goal isn’t to get hits, increase pageviews or any of that. Those things all take care of themselves when we do a great job providing exactly the content you, our readers, love to see on PetaPixel.

So we figured, why guess when we could ask!? In the comments below tell us what you want more of, what you want less of, what we’re doing well and what we’re doing poorly. Pull no punches: if you hate rumors and patents, say so; if you want more behind the scenes videos, tell us; it it’s tutorials or interviews you prefer, don’t just sit back and hope we read your mind, let us know. The more honest you are, the more you’ll enjoy PetaPixel in 2014!

But before you do that, allow us to share some of what’s already on the way.

As we’ve continued to grow, Michael and I have been hard at work figuring out how to serve the photo community even better. Here’s a little bit of what we came up with. You will NEVER see:

All of these rules go into effect now, and you can feel free to call us out if we ever break one. Of course, you can’t do that if you’re not following our Instagram, so head over to our page and click that follow button! It’ll make us feel all warm and fuzzy inside. 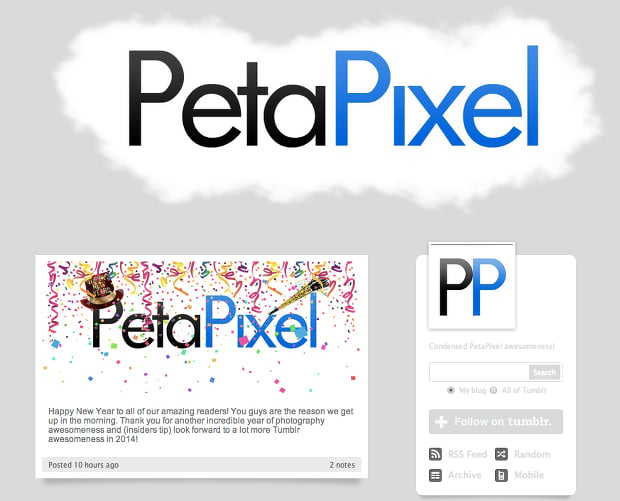 Another thing we have been working on for some time, our Tumblr is going to start seeing a lot more action in 2014 as well. The fact is, there are too many incredible photo series, informative infographics and inspirational quotes out there for us to share them all on the main site.

So, while there might be a bit of overlap, the PetaPixel Tumblr will be a place where you can find even more impressive photography, educational content and the occasional inspirational quote without having to sift through the news stories and great columns you’ve come to love the home site for.

This is another one we’ll need your help spreading the word on, so head over to petapixel.tumblr.com and click that follow button!

Last but certainly not least, the level of engagement on PetaPixel has increased to the point where we just don’t think the comments can contain it anymore. And so, we’ve decided that we’d like to implement a forum. The question is, how?

Nothing is set in stone yet, so this is where your feedback can have the most tangible impact on the direction of our little community.

Would you prefer we breathe life into the PetaPixel subreddit and have that act as our forum? Or is a dedicated forum more to your liking? We think the former would work best, but you guys keep the lights on so our decision will be based entirely on what you say in the comments down below.

Either way, we see the subreddit/forum as a place where our readers can share the best photography from around the Web (whether or not they found it on PetaPixel), bring attention to stories we might otherwise miss and engage in healthy debates and helpful educational conversations that will benefit everybody involved.

And that’s it. We apologize for the novella above but we had so much exciting news that we couldn’t help sharing! There is much more to come in 2014 from us, including more gear reviews, a ton more amazing giveaways and a few things that we’re keeping under wraps for right now.

But please, any and all feedback you have will be greatly appreciated. With your help, we hope to make 2014 even better than last year. Cheers!

My New Years Resolutions: Simple Enough to Stick to, Helpful Enough to be Beneficial