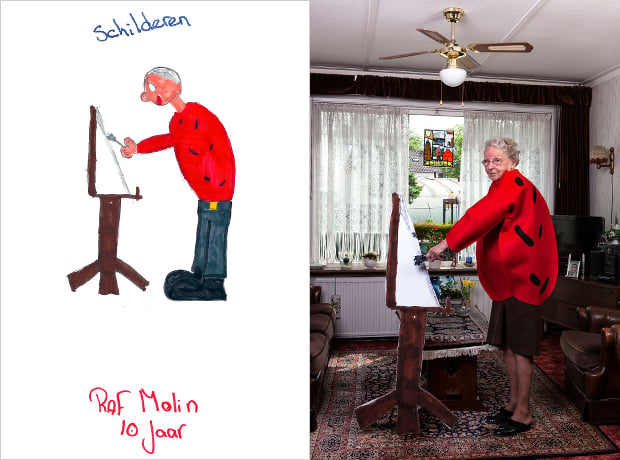 Designer Yoni Lefevre has teamed up with photographer Nick Bookelaar on a creative project that we just fell in love with the moment we set eyes on it. It’s called Grey Power, and in it Lefevre and Bookelaar turn children’s refrigerator-worthy drawings of their grandparents into real life photographs.

The concept is simple and the final photos somewhat surreal or even silly, but the message is profound. Lefevre explains that, unlike most of society, children don’t see their grandparents as “grey and withered” but rather “as active human beings who add color to their lives.”

In a society where aging is almost universally avoided and abhorred, in which “older people are perceived as standing on the sideline, having lost their independence,” the photos in Grey Power contribute a child’s fresh perspective, emphasizing the value of the older generation. 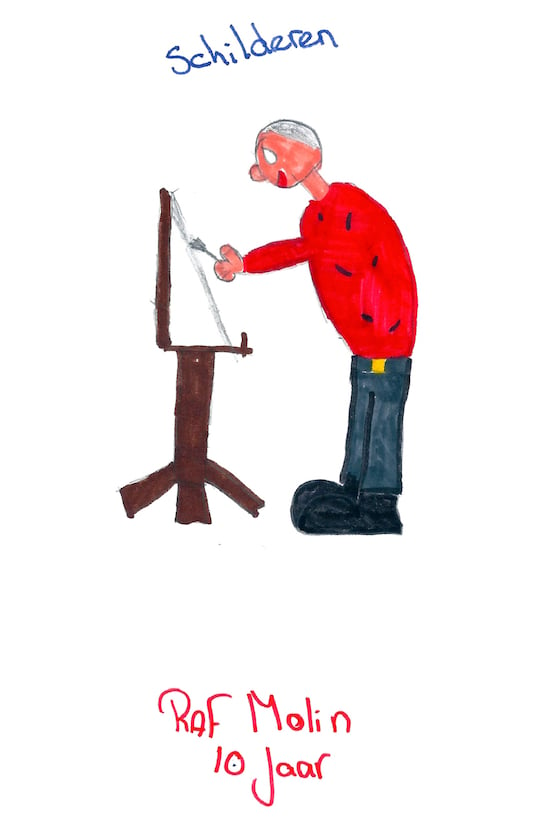 Lefevre was kind enough to answer a few questions about the project for us when we got in touch with her. Here’s what she had to say:

PetaPixel: Why did you decided to embark on this project?

Yoni Lefevre: It is a fact that we are living in an aging society and, especially in the Netherlands, the news is very negative about it. I once read in the newspapers that 90% of the time the elderly are in the news they are shown as someone pathetic, or lonely, or demented, but the majority of seniors don’t fit this profile. That’s why I want to give these people a voice and show society that aging is still a positive thing. 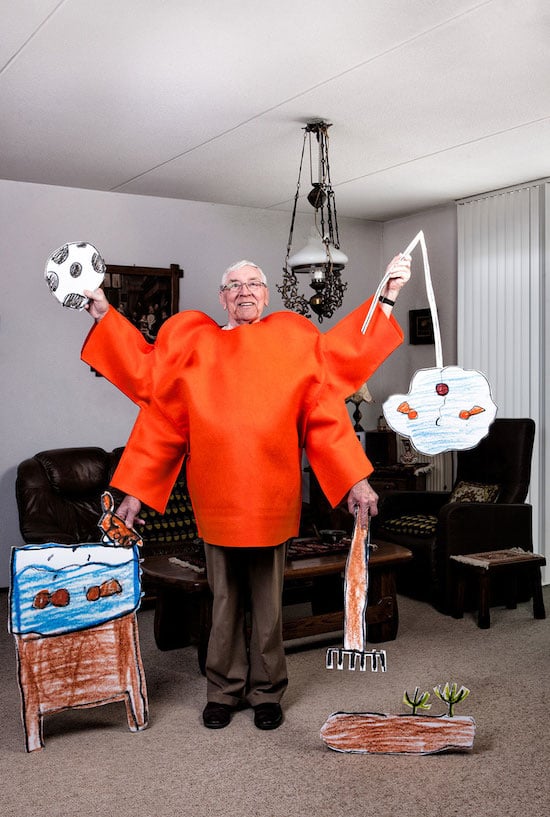 PP: How did you hit on the idea of using children’s drawings?

YL: How the seniors of today see themself and how the media represents them is not the same anymore. As a visual communication student I was searching for a way to get people to look differently at this big group of people. And that’s how I came up with the idea of contacting children.

Children have this very honest image of their grandparents, they see them as a person who can still do something and is valuable in their lives. And based on children’s drawings I photographed older people in their homes. I made the suits to give the elderly a superhero image, and the funny part was that they were really acting like it. The drawn objects in the photograph I printed life-size, and the grandparents actually got to hold them in their hands or stand next to them. So with this new image I hope to contribute to a more colorful and positive perspective on aging. 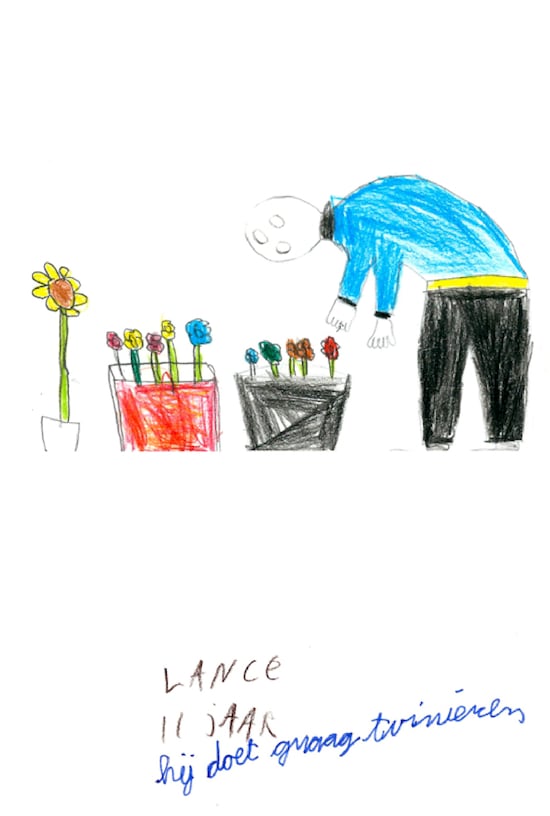 PP: What are some of the challenges you’ve encountered?

YL: Well I’m dealing with very vulnerable population here, so you really need to be carefull with that. First I made a couple of appointments with them to get to know them and spend some time together. From these interviews I got inspired to give them a voice and asked them if they would be willing to let me do the photo shoot.

This is a very socially engaging project, connecting elderly with children and together they create a new image. For me as the art director of this project it was such an eye opener working together with these different groups of people, watching them interact and learn from each other. So far these four are the only photos in the series, but when we spoke with her, Lefevre said she was planning on continuing the series and adding more drawings/portraits to the mix. The series has gotten a ton of positive reactions from everybody, and so she’s currently searching for organizations interested in working together on a whole Grey Power photobook/exhibit.

To see more of her work, or if you want to check out photographer Nick Bookelaar’s portfolio, head over to their websites by clicking here or here, respectively.

Image credits: Photographs by Yoni Lefevre and Nick Bookelaar and used with permission.

Breathtaking Aurora Time-Lapse Captures the Northern Lights Over the Rockies