In 2012, New Jersey-based writer Emily Helck was one of the several thousands of women under 40 diagnosed with breast cancer. Knowing that the following year of chemo and surgery would be harrowing, she decided to document it by taking photos of herself every week for a full year.

The resulting video, which went up online at the end of September, has turned into an inspirational viral sensation that has accumulated over 700,000 views.

On her blog, Helck explains that she’s not even sure why she decided to take these photos. Initially, she was going to do it for only 12 weeks, while she underwent treatment with Taxol, but those 12 weeks came and went and she continued snapping photos.

At first it had to do with documenting the hair saga. But it wound up becoming about something else, too. The photos became hash marks scratched on the wall, marking time spent inhabiting the world of this disease. Every time I set up the tripod was another week down. Or was it another week lost? 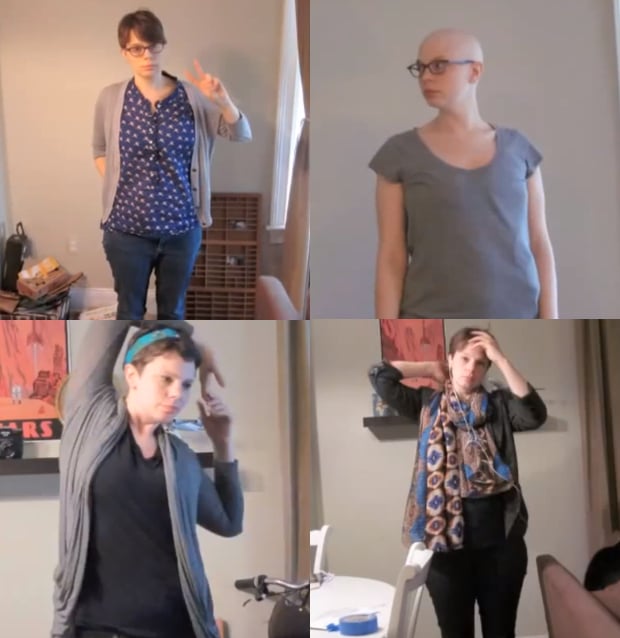 In the end she had 53 weeks worth of pictures to share with what she thought was going to be a few dozen people that would actually see the time-lapse — instead she has inspired hundreds of thousands of people.

As the son of a breast cancer survivor who went through the exact same treatment as Helck — double mastectomy, chemo and reconstruction (thankfully no radiation) — I can personally understand why this video has touched so many.

As she told Yahoo! News, “A big part of the power that this disease has is that it makes people afraid. For me, the unknown is almost always worse than the reality.” She hopes that her video “can shine a light on a little bit of that unknown.”