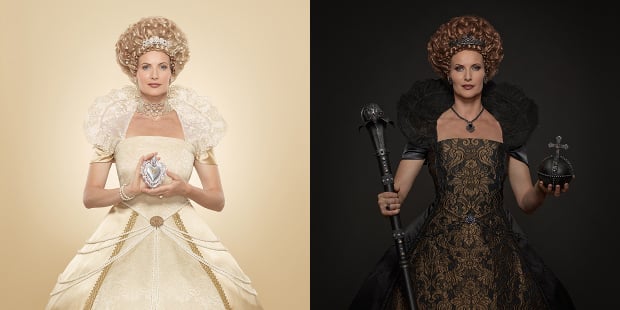 There are a total of six piece types in the game of Chess, and Italian photographer Francesco Ridolfi has managed to bring each of them — in both black and white versions — to life in his creative fine art portrait project “Chess Portraits.”

Chess has been around for a very long time. In fact, the game we play today is said to have existed in something very similar to its present form as early as the 1470s, and the original version that evolved into that game might have been around as early as the 6th century.

But it wasn’t the game’s historical significance or universal familiarity that drove Ridolfi to create this project, he sees a deeper meaning in this battle between darkness and light:

Often, inside each one of us, opposing drives make themselves felt and alternate within as light illuminates and shadow darkens our minds. Black and White. Good plays Evil. Chess figures offer an opportunity to explore this dualism. They provide a set of archetypes that convey different aspects of human nature.

They throw us into relief; they highlight us in shadow and light. Blacks and Whites.

Here’s a look at the series (we’ve chosen to leave out the knight, as her portrait includes some partial nudity. You can find the full series here):

Six types of pieces, twelve portraits in all; in our humble opinion, Ridolfi’s series manages to capture the essence of each piece and its duality extremely well.

To see more from Ridolfi, be sure to head over to his website here. And if you want more information on how these portraits were shot, check out this behind-the-scenes video (Note: there is a little bit of nudity) that shows the whole process from drawing, to costumes, to makeup, to the actual shoot.

Image credits: Photographs by Francesco Ridolfi and used with permission.