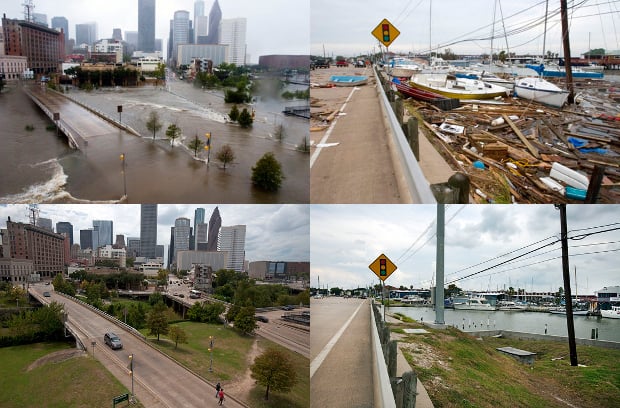 In 2008, Hurricane Ike ripped through Texas leaving massive flooding and what turned out to be about $19.3 billion in damage. In Houston, the task of documenting the aftermath for the Houston Press fell to photographer Daniel Kramer.

And earlier this month, on the hurricane’s 5-year anniversary, Kramer set out again to revisit the once-devastated locations he photographed in 2008 and put together a series of before-and-after shots to show how well the city has bounced back.

He remembers the first week photographing all of the hurricane-afflicted areas as both exhausting and exhilarating, telling the Houston Press that “I hated coming back in.”

Five years later, both the exhaustion and exhilaration were gone, but the scenes he found left him proud of his city and what they had accomplished. “In New Orleans, you can still see Hurricane Katrina’s high water mark,” he told the Press, referencing one of the only two Atlantic hurricanes in history that caused more damage. “With Ike, it’s almost like it never happened.”

Here are the shots he collected, with the befores from 2008 at the top, and the afters from 2013 at the bottom: 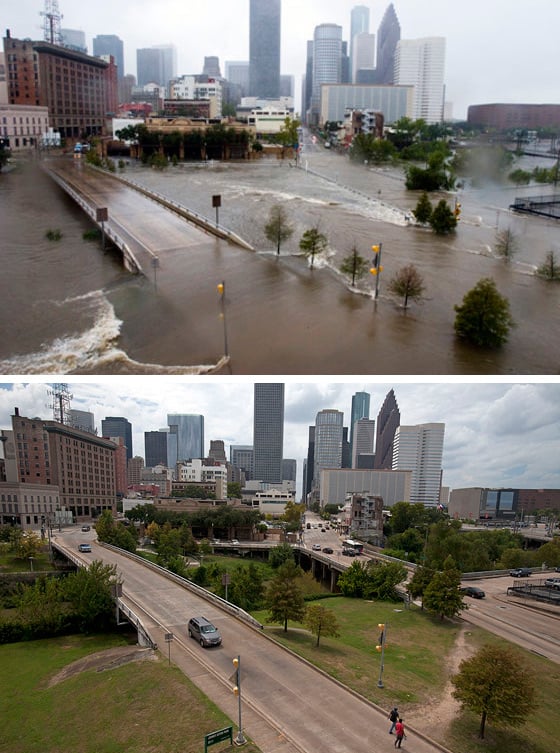 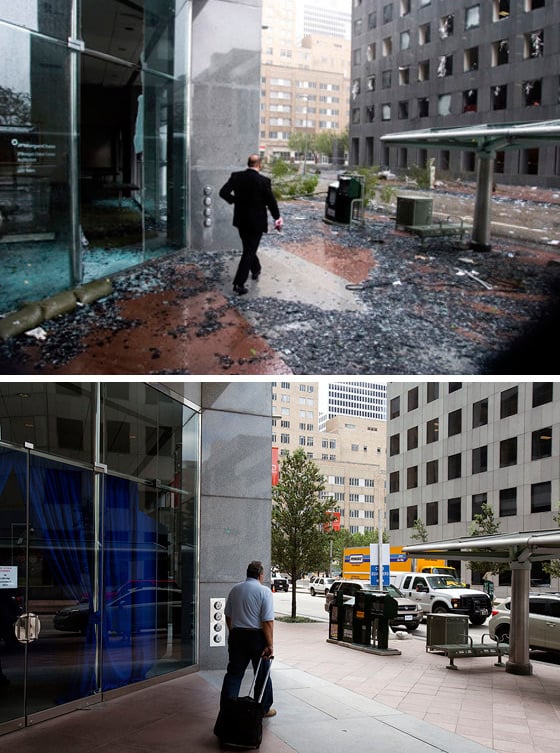 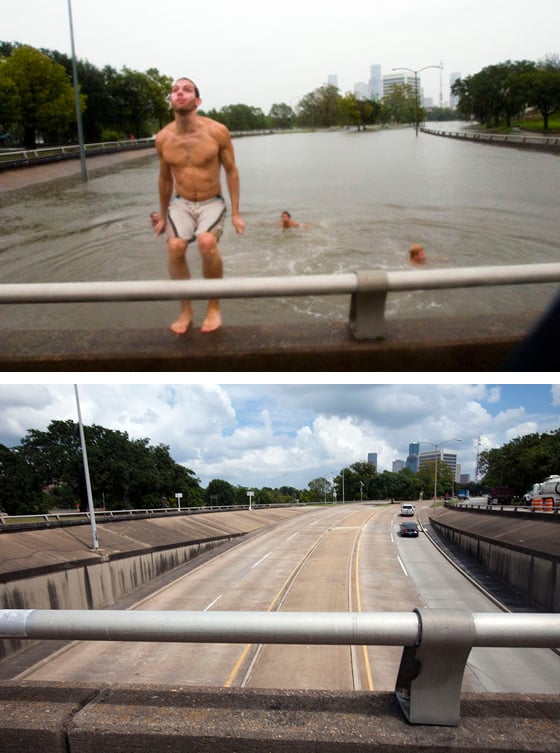 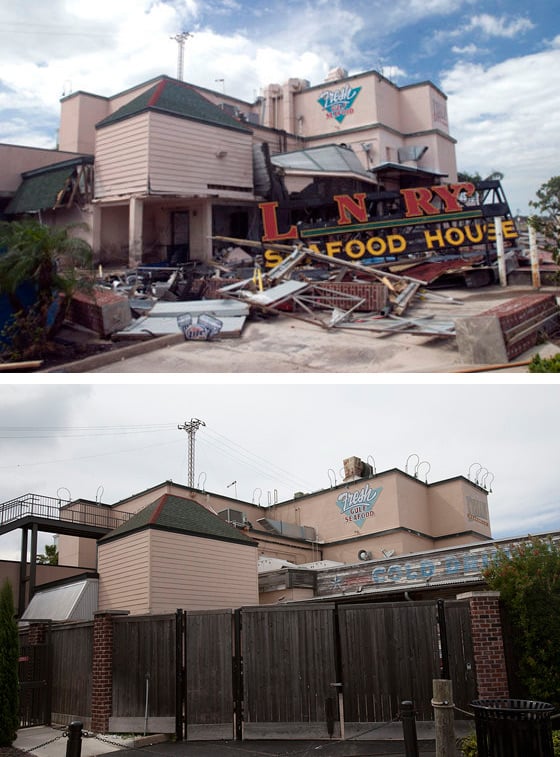 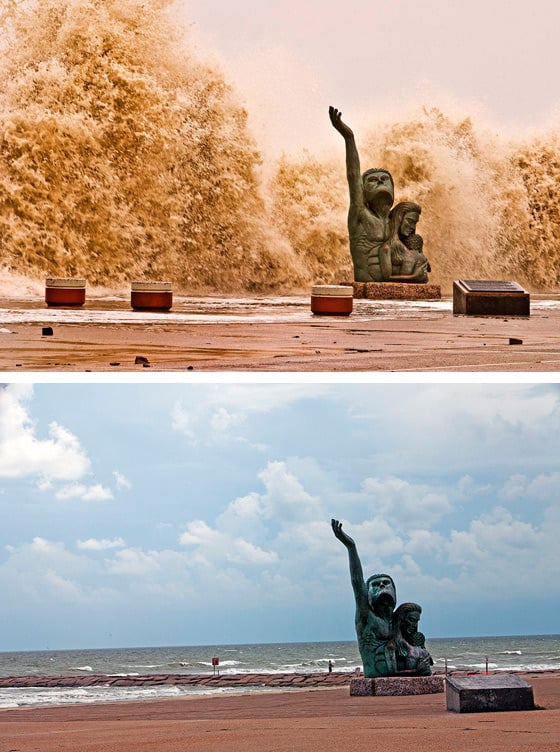 Even in the midst of destruction, the Houston locals never lost their sense of humor. “The people on High Island had erected a giant sign that said “Shit Happens,'” recalls Kramer, “and had then set a half a dozen toilets below the sign.”

Image credits: Photographs by Daniel Kramer and used with permission.

Art Streiber on Photographing the Cast of Duck Dynasty