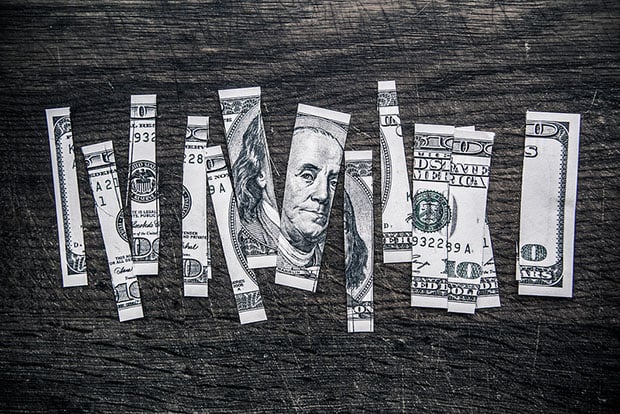 Whenever somebody asks me if they should take a free job I answer with a resounding, no. Don’t do it. Just don’t. It should be a hard and fast rule in your book: do not work for free! That said, everybody breaks the rules, especially their own. Case in point, I just came off of a job this past weekend where, you guessed it, I worked for free.

So since me sitting here and lecturing you about why you shouldn’t work for free would be a big waste of everybody’s time, especially having just taken a free job myself, lets instead go ahead and look at when, perhaps, just maybe, you should at least consider working for free. 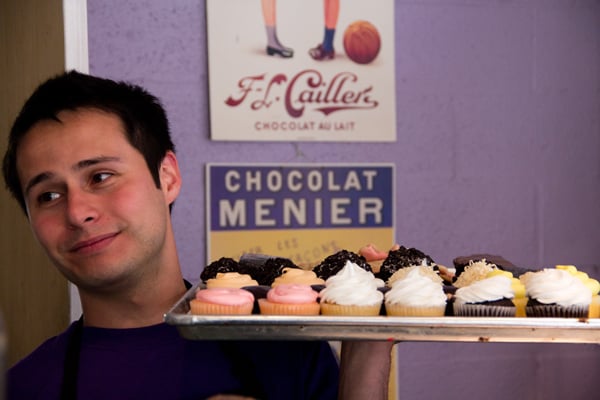 This is probably the most common instance of people breaking their own rule about working for free. Heck this is the category my pro bono work from this past weekend would fall under. And it’s totally understandable. It’s hard to say no when a good friend needs a headshot, or wants to know if you can help their mom photograph some stuff for her work, or even when someone needs help shooting a school project. Especially because you’d probably come off as a huge jerk telling your childhood friend his mom’s going to have to pay you to take some photos of her new craft showcase simply because the photos are well lit and in focus.

This is one of the safest instances to break your own rule but you should still try to be wary, you don’t want the reputation of being cheap and easy. And really that’s true for a lot of things in life.

A good secondary option here is trying to barter for something else. This is something you’ll probably hear me say a lot in this post but when you’re confronted with working for free, rather than devaluing your skills or yourself, try to see if something else is on the table. Maybe your friend has a skill they could repay the favor with? Or their mom makes awesome leather goods and that’s what you’re supposed to be helping her photograph? Anything is better than nothing. 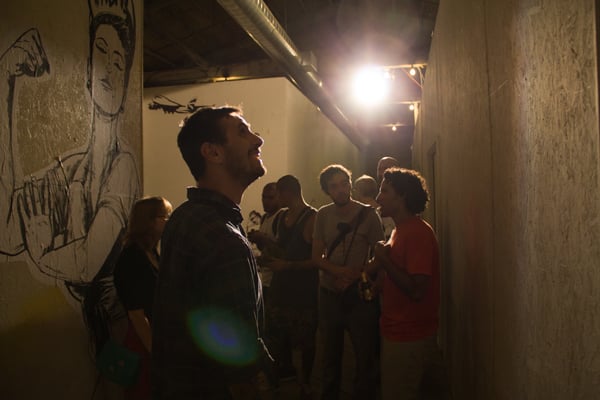 While non-profits and not-for-profit’s do pay their employees that doesn’t mean they have a bunch of money sitting around to pay for things like photographers. Thus, at one point or another, you’ll probably be asked to do some free work for one.

This is another instance I’ve found myself in, and one where I surprisingly have no regrets. When the fantastic Atlanta street art non-profit, Living Walls, asked me to edit a video for them for free I never hesitated. It’s a great cause and one I believe in and support. And as long as that’s true for whatever charity approaches you, you probably won’t feel bad when you get a whopping zero dollars at the end of your job for them.

Sometimes it’s true that the work itself is its own reward and this would definitely fall under that category. 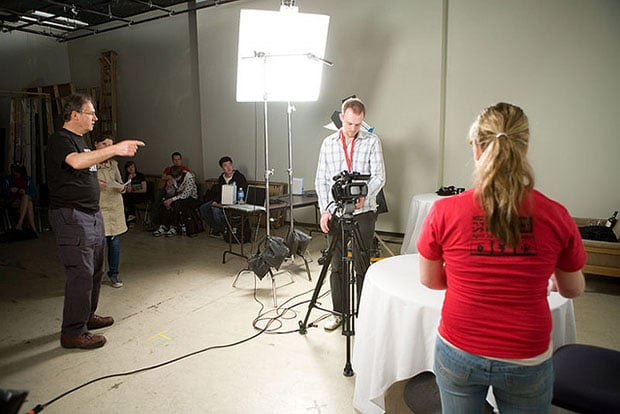 I know when you’re a student in school, or even a student of photography outside of school – learning on your own in the real world, it’s easy for people to try and take advantage of you. They tell you your work will be repaid with experience or worse yet “an IMDB credit” or some such excuse. I know when I was in film school it was incredibly common for people to try and use “credit” as payment. And while this feels like the ultimate sleazeball sales pitch you also have to be realistic about your skill level in these situations. Nobody likes to hire inexperienced photographers on their word of being good and really if you haven’t been shooting long how do you even know you’re good?  This may be the perfect way to prove it to others and to yourself.

That said, this is another instance where you should be careful about which jobs you accept because it’s still a bit of a minefield. This is also another instance where bartering for help down the line is a good idea. Going back to my film school experiences, it was a regular practice for us all to trade skills amongst eachother’s student films. I’ll shoot your short film now if you can help me edit mine later, and so forth. 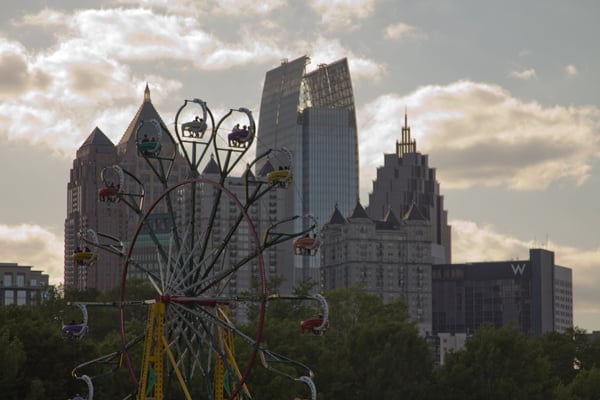 Future Possibilities in the Field

This is a very similar situation to working for free as a student and holds similar pitfalls. “Work for me for free now and I’ll pay you next time” is a common ploy amongst people trying to get unpaid work from you, it should be noted it’s also a similar ploy drug dealers use so maybe that should tell you something.

It’s very easy to get burned this way and yet, I’ve actually seen it work and turn out for the best. Despite how sketchy the “free now, paid later” pitch is I know several people that have taken on a pro bono job only to get another job with the same client down the line. The trick here is to evaluate the person approaching you and determine if they’re trustworthy and if you’d even want to work with them again.

When You Believe In It

I put this one last because it’s a bit of a catch all and really any of the above exceptions could fall into this category. Whether it be a friend starting a website that needs some free photos, a charity looking for some help, a fellow student’s short film, or even your own project (don’t think you shouldn’t pay yourself when doing your own job, it’s called turning a profit) as long as you believe in it there’s a good chance you won’t regret doing it for free.

One last piece of advice that I cannot stress enough, and a bit of an alternative to working for free, is try to ask for a reduced fee, or even minimal pay. A lot of people live in a black and white world where you either get your fee or you get nothing but in reality there’s a lot of wiggle room. And speaking from experience it always feels better taking a small fee than having to turn down a potentially rewarding job or getting hit with a big old goose egg at the end of a long day.

Humor: 10 Videos of People Using Their Gear in Strange and Silly Ways