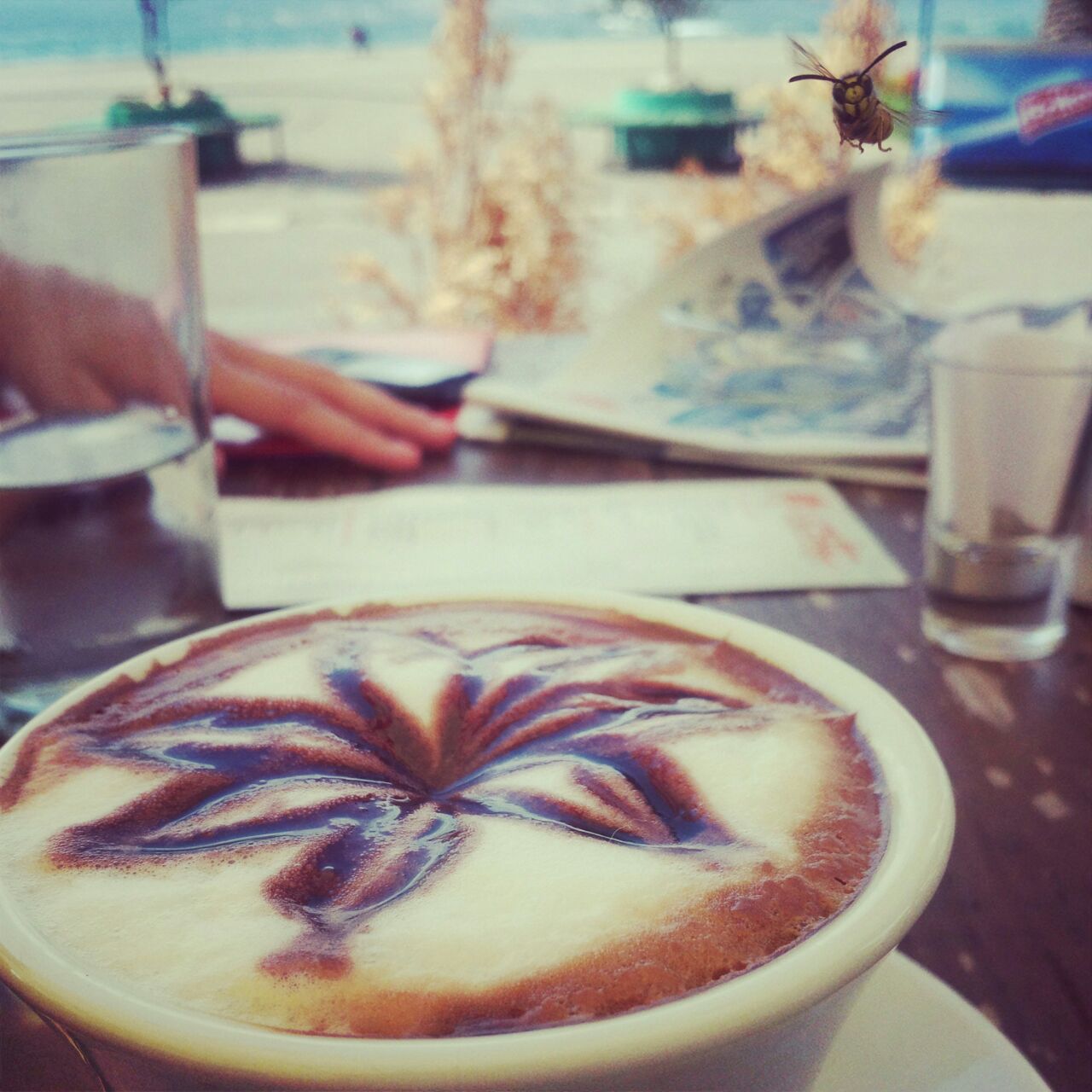 Never let anyone tell you to stop taking photos of your food… not because you should be proud of the habit, but because it might someday lead to an accidentally awesome photo like the one above: a wasp photobomb.

The photo was taken by Reddit user Angerfist‘s girlfriend Andjela entirely by accident one day as she sat down to coffee with a friend.

“She tried to take a simple photo of what she was about to consume (you know the kind, all the girls do it for some reason),” Angerfist told us. “The [wasp] just flew into the shot and the camera automatically focused on it.”

Here’s a closer crop of the culprit: It’s a great shot made even greater by the fact that it was unintended and taken on a smartphone — a Samsung Galaxy S2 Plus, in case you’re wondering.

After the photo was taken, Angerfist posted it to Reddit’s r/pics subreddit, where the image immediately took off. In the 8 hours since it went up, he’s gotten some 2,500+ upvotes and 200+ comments, a good percentage of which wished to notify him in no uncertain terms that the bug in the picture is a wasp, not a bee as he initially thought.

So you see, sometimes taking photos of your cappuccino is a good thing. It might be the exception to the rule, but hey, we’ve seen a similar sort of thing happen with a selfie as well.

Image credits: Photograph by Andjela and used with permission