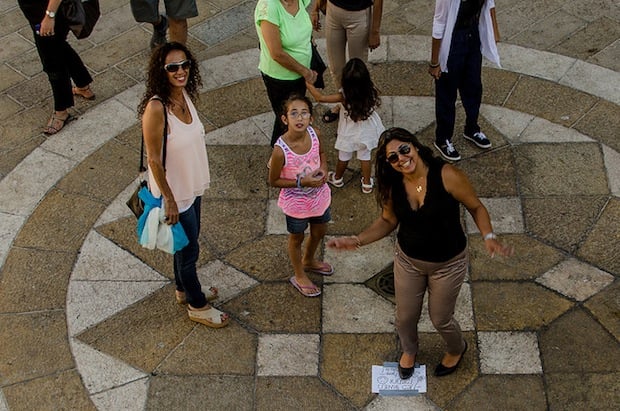 Here’s an interesting idea for street photogs who want to get some candid shots of people in a public square: tape a “Stand Here and Smile” sign on the ground, set yourself up a little ways away, and capture what happens.

That’s what photographer Daniel Adams did in Jerusalem yesterday, and he walked away with a few group shots and some humorous candids as well.

Adams decided to perform the “quick project” for fun yesterday afternoon. So he took his camera to a public square, taped a sign to the ground in the middle that said “Stand Here and Smile” in both English and Hebrew, and then positioned himself on an elevated spot directly across from the sign.

“Most people ignored the sign, or just didn’t see it, some people saw the sign, and looked in all directions except up,” writes Adams. “Then there were the people who were determined to figure out why the strange little sign was taped to the ground. And upon spotting me […] they would finally make the connection, at which point I would smile, wave and snap a few photos.”

Here’s are a few of the shots he wound up getting: 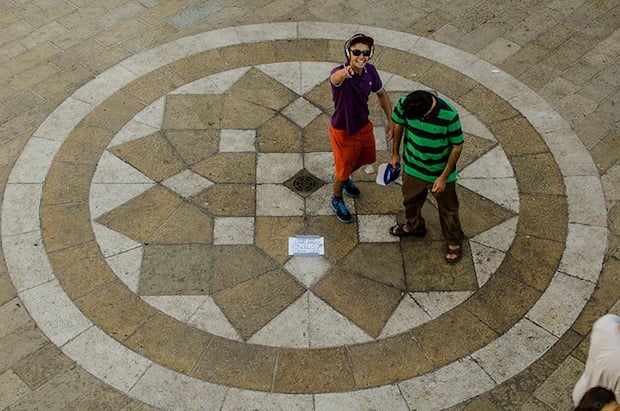 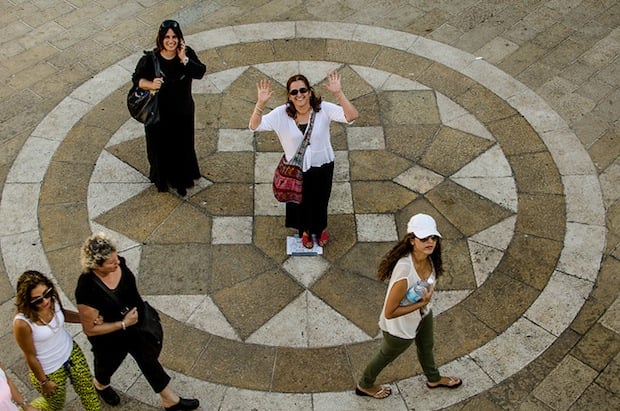 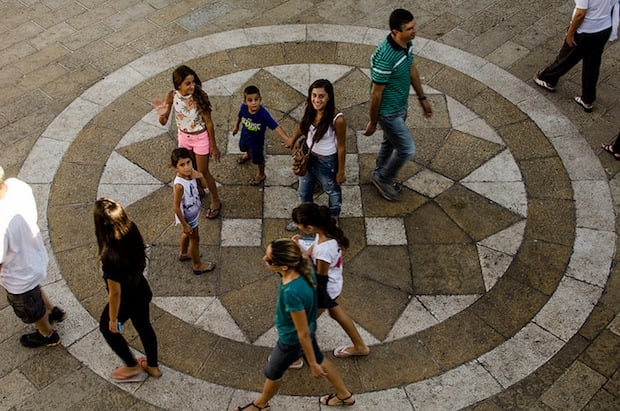 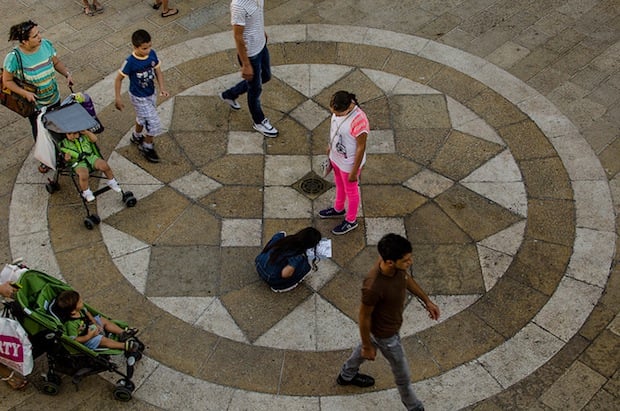 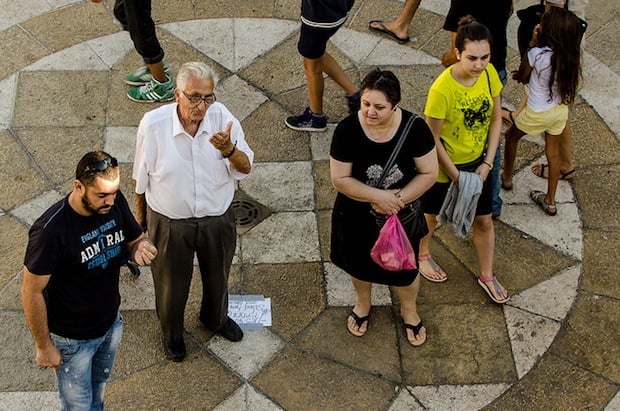 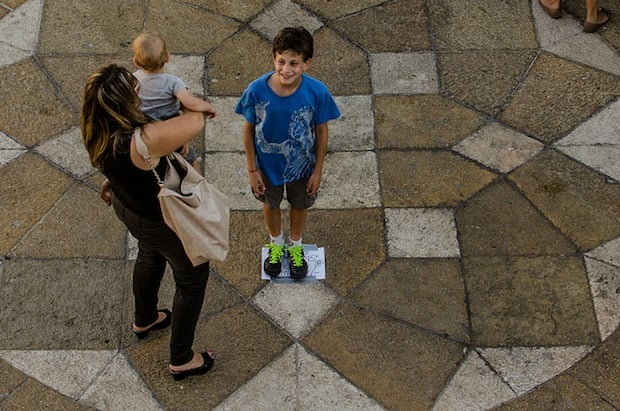 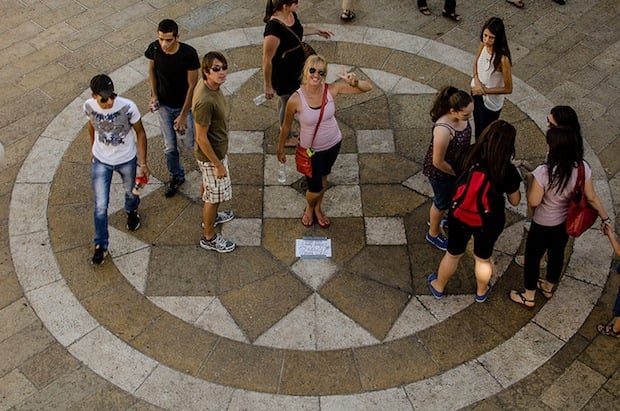 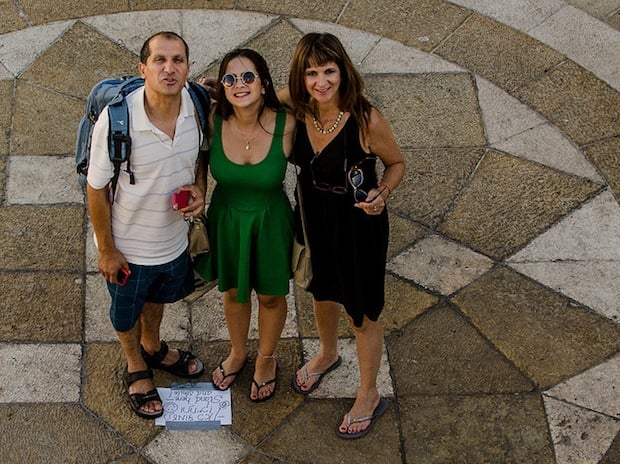 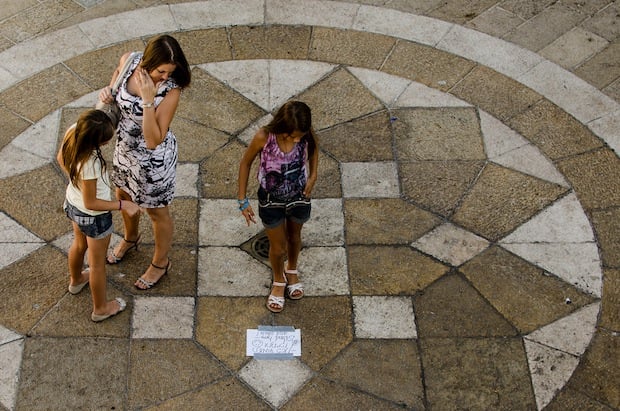 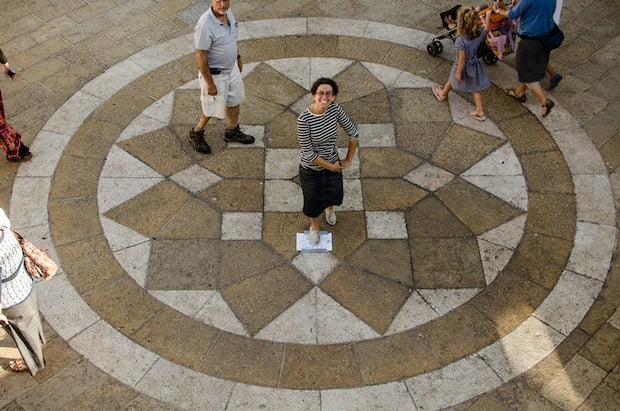 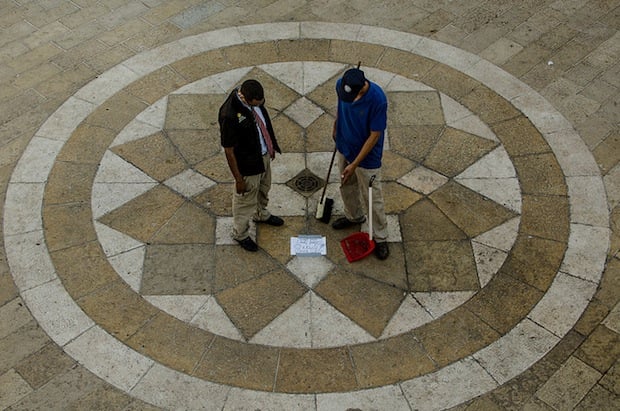 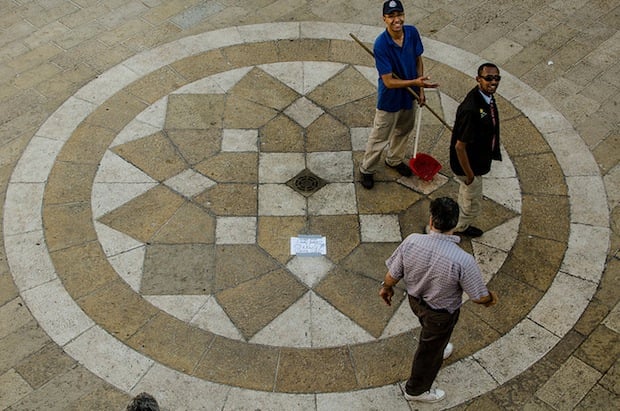 It’s not a groundbreaking idea or incredibly artistic series, but it’s a fun experiment that might turn an otherwise boring afternoon into a chance to snap some photos and get your name out there. Some of his subjects told him the sign “made their day” … we have a feeling they walked away with one of his cards.

You can find the rest of the photos on Adams’ Flickr stream. And if you’d like to follow/find out more about Daniel Adams Photography, head over to his Facebook page by clicking here.

Image credits: Photographs by Daniel Adams and used with permission.

Thanks for sending in the tip, Jake!

Photo Collector Robert E. Jackson on the Death of the Snapshot