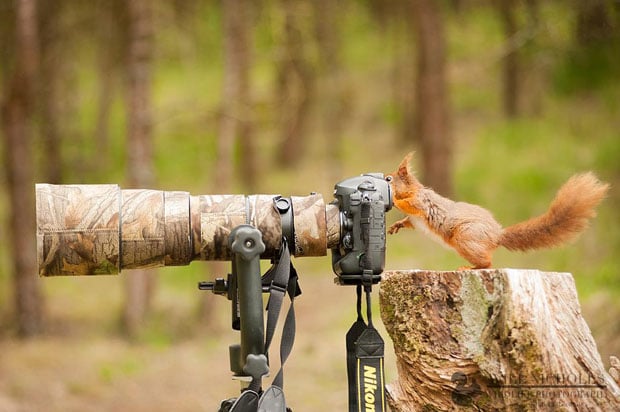 Red squirrels are my favourite subject to photograph. They each have their own individual personalities, and I love to try and capture their characters in my images. Their natural curiosity makes them great photography subjects, as they will quickly get used to my presence and act naturally in front of me. 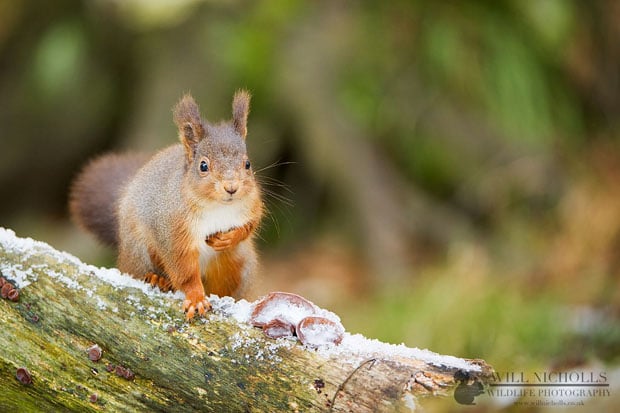 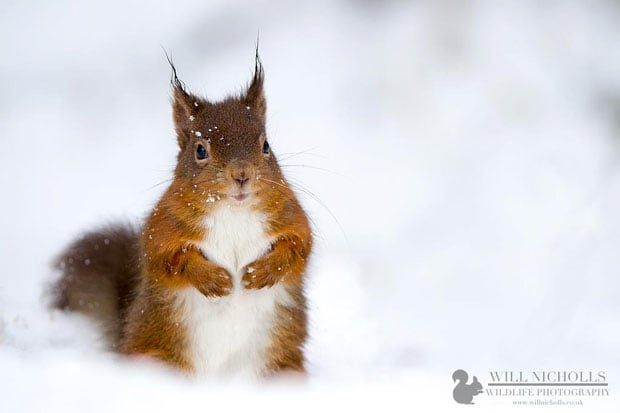 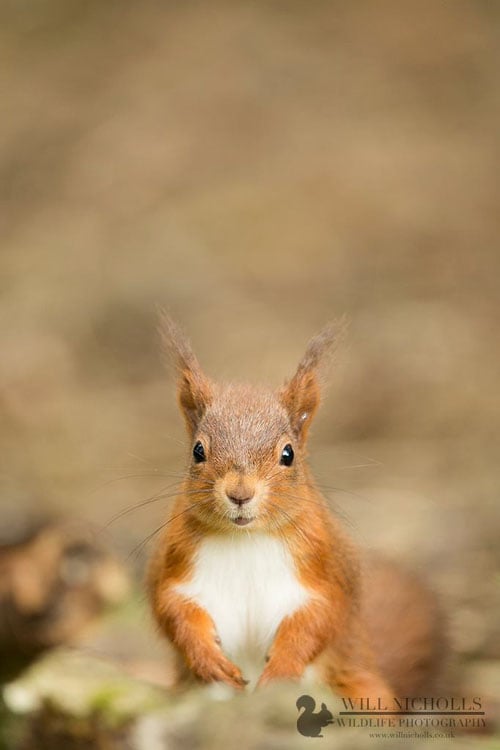 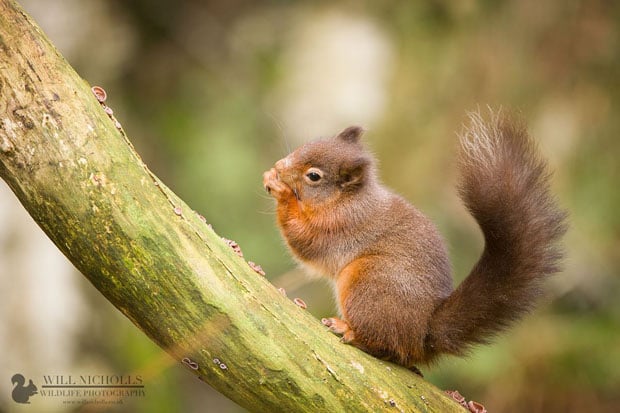 I have spent thousands of hours studying and photographing the European red squirrel (Sciurus vulgaris), and during this time I have learnt a lot about them. I am now able to predict their behaviour quite successfully; something which comes in handy with a mammal that moves so quickly! 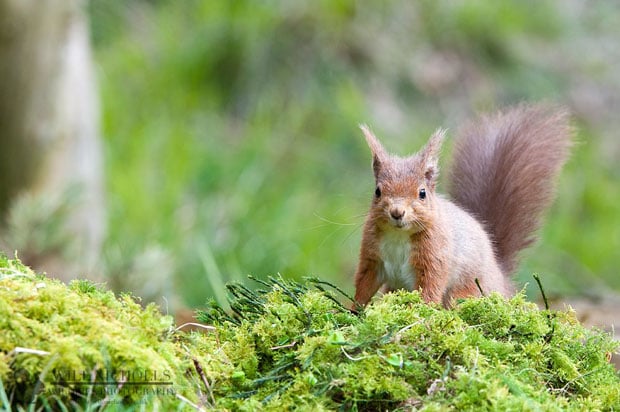 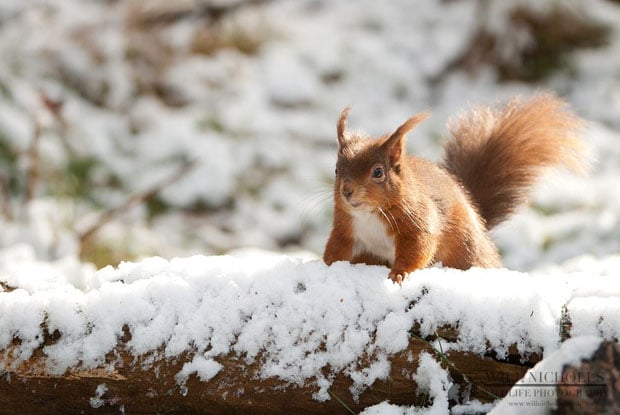 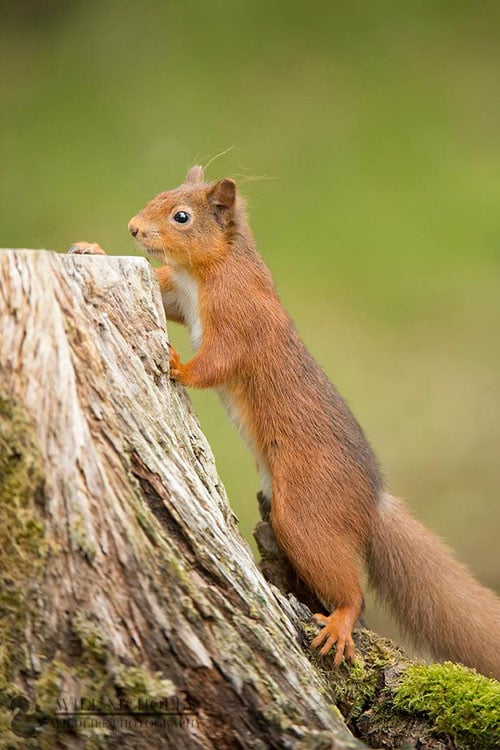 It is interesting seeing their lives unfold in front of me. Every year the population of red squirrels that lives in the woodland near my home shifts around. The kittens will sometimes push out the adults, or the adults will push out the kittens. Either way, some of the squirrels end up having to find new territory. 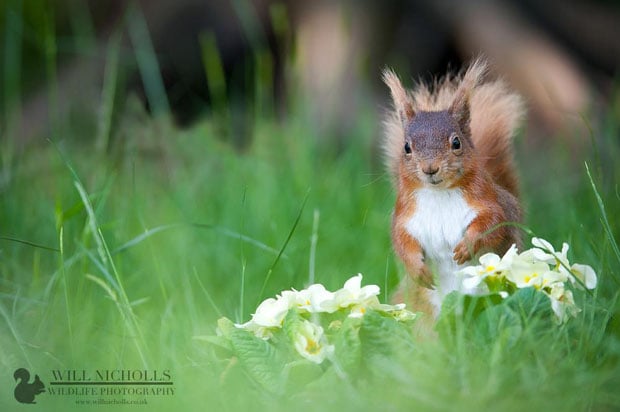 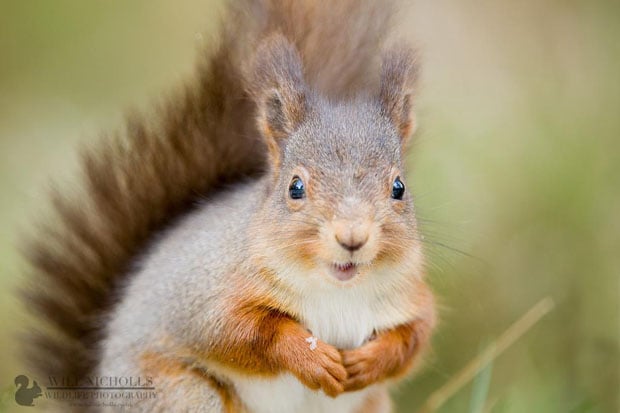 Just this year I took a red squirrel to the vet that had developed an injury from some barbed wire. It was stopping it feeding properly, and since red squirrels are endangered in the UK and it was an unnatural injury, I felt it was the correct thing to do and intervened. Unfortunately for me though, this was just at the time the population switched around and I didn’t get to see what did come of that particular squirrel. 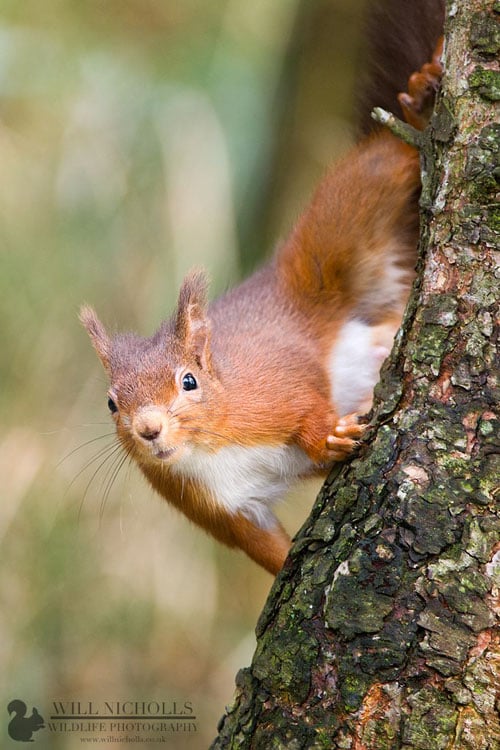 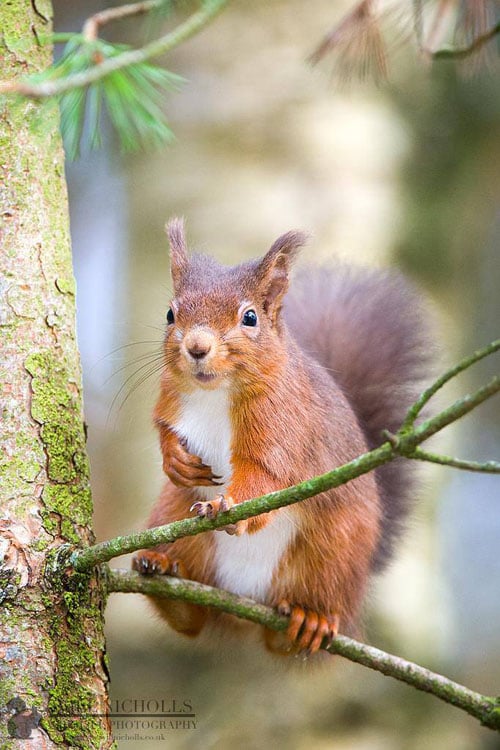 After spending so much time looking down a telephoto lens at them, there comes a time for a change in photographic style. Recently I decided to put down my zoom and pick up a wide angle lens. I wanted to incorporate their environment into my images, and that it very difficult to do with a telephoto lens. So instead I used a Nikon 14mm f2.8 lens and a remote release. Placing this outside the hide, the squirrels would come down and sheepishly sniff at the camera. 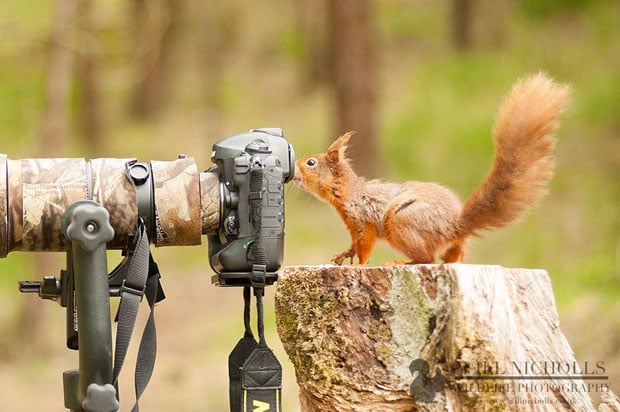 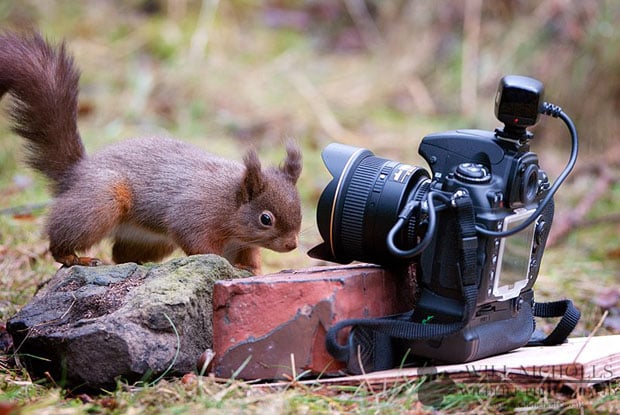 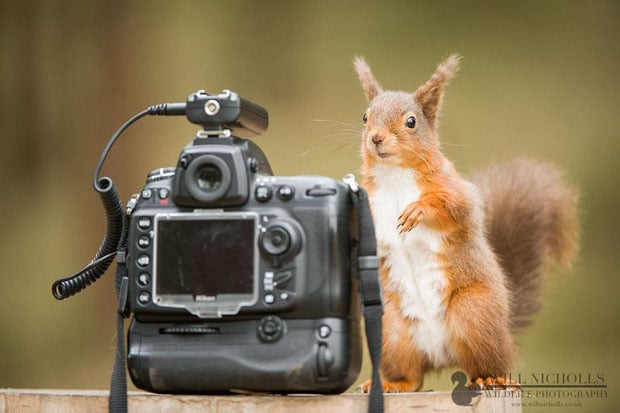 At first they would circle it at a distance, racing back into the trees at the first click of the shutter. It didn’t take long however for the temptation of the little pile of hazelnuts to overcome their nervousness, and they would happily pose in front of the camera whilst I clicked away.

Once they were fully comfortable with the camera, it became a fantastic way to capture their characters. They began to notice their reflections, and would stare straight into the lens with many different “looks” on their faces. A wildlife photographer’s dream! 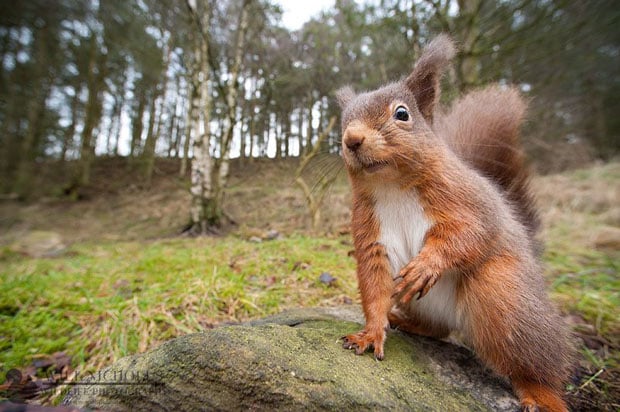 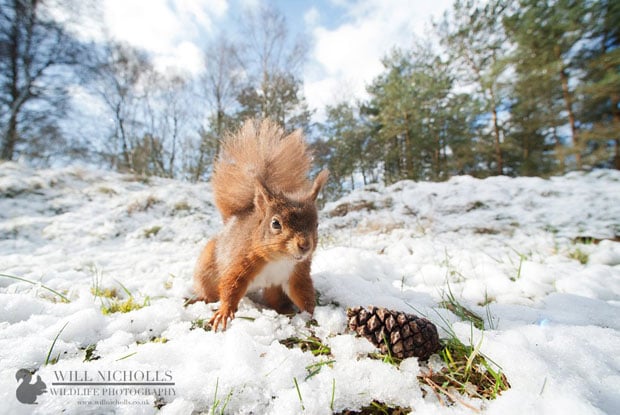 As an aspiring filmmaker and natural history documentary presenter, I love to record wildlife on video too. This allows me to show them at a different angle, using moving pictures to show their erratic and playful natures.

Even though I have spent so much time photographing the red squirrels, I will never tire of it. Each session in the hide is different to the last, and I enjoy showing my images to those who aren’t lucky enough to see the UK’s most treasured little mammal.

About the author: Will Nicholls is an 18-year-old award-winning, self-taught wildlife photographer based in Northumberland, England. He will soon be studying zoology at university. You can find more of Nicholls work on his website and Facebook.

A Century of Voices: Portraits and Stories of People Ages 1 to 100

Amazing Time-Lapse of Earth Captured by Spacecraft Leaving Our Planet