Swiss photographer René Burri has had the opportunity to photograph some of history’s most famous personalities. His photograph of Che Guevara smoking a cigar in his office in Cuba has become nothing short of iconic, and by a fortunate turn of events, he even met and photographed Pablo Picasso.

The video above is a short interview with Burri in which he tells the stories behind six of his best-known images, including the photos of Guevara and Picasso.

The interview was put together by the men’s magazine PORT, and in addition to the Guevara and Picasso portraits, Burri also talks about his “Men on a Rooftop” photo from São Paolo, a photo of the San Cristobal Stables in Mexico City, the reopening of the Suez Canal in 1974 and a photo of some American G.I.s at a brothel in Seoul. 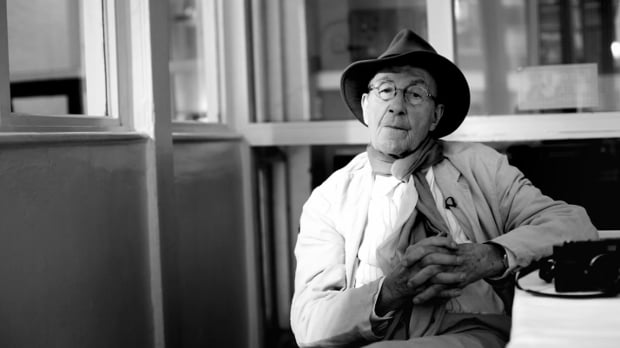 All of the photos have a unique and sometimes unbelievable story behind them. Guevara never looked at him once over the course of three hours (check out the full contact sheet here), his journey to photograph Picasso included a severe beating in Spain, and the “Men on a Rooftop” photograph happened entirely by chance.

He ends the interview with a short discussion of Photoshop, and the erosion of truth in photography. “In the old days, we took the picture that we saw,” says Burri. “We don’t know anymore what is really real … the truth is something else.”

Check out the video at the top to hear it from the photographer himself, and if you want to see more of Burri’s work, head over to his Magnum Photo page and scroll through the entire gallery of iconic imagery.