There’s something to be said about humans building gargantuan structures made of metal and steel. We see them in most major cities, yet rarely get the opportunity to marvel at how they’re assembled. 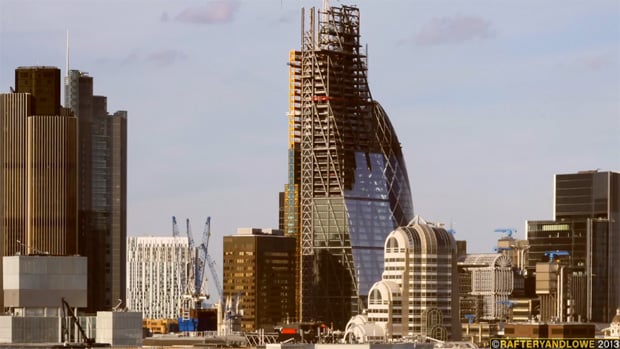 Thankfully, we have photographers Dan Lowe and Paul Raftery to bring us amazing high-definition time lapse videos of some of these massive creations. They’ve done one of London’s iconic Shard building, and now the duo are working on a time lapse of The Leadenhall Building (also in London) — which is also known as the “Cheesegrater,” given its triangular shape. The piece was commissioned by Rogers Stirk Harbour + Partners, the architects behind the building. Given that the building of The Leadenhall Building isn’t quite finished, this time lapse video is still very much considered a work-in-progress. So far, the video covers the first 6 months of this year-long project to document the assembly of this tower.

Beautiful visuals. Crisp and clear high-definition goodness. What more could you ask for? It certainly goes to show just how many amazing things one can do with a camera.

It’s probably safe to say we can be on the lookout for the second part of this time lapse later this year.

(via Vimeo via Gizmodo)

Photographer Captures the ISS Looking Like the USS Enterprise