For his most recent album Immunity, musician Jon Hopkins wanted to create visuals that would match the colors he sees in his mind when he’s composing his music. The thing was, he would rather they not be computer generated — his music is organic, he wanted the visuals to match.

Enter photographer Linden Gledhill and art director Craig Ward. In partnership with The Creators Project, they came up with a solution: use abstract imagery of things that happen on a microscopic scale. 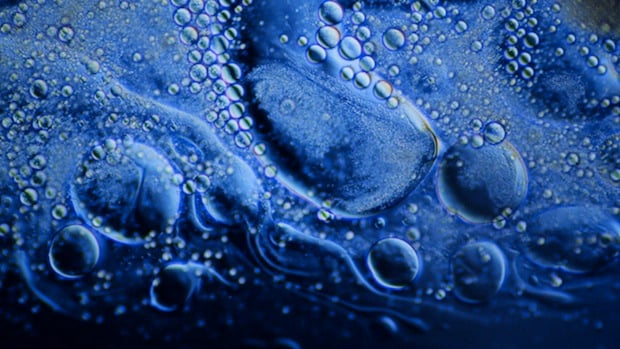 The final product (top) is a music video time-lapse put together from over 10,000 images. It consists of everything from sodium bicarbonate reacting with acetic acid, to the crystallization of very highly saturated salicylic acid solution, to a simple segment showing green food coloring dissolved in water mixing with solvent.

Here’s a behind the scenes video in which all three parties involved share their thoughts about the genesis of the Immunity time-lapse:

All of the images were captured in Gledhill’s basement, using his 5D Mark II attached to an Olympus BH-2 research microscope. Ranging in magnification from 200x to 1000x, you have no idea what you’re looking at, but Hopkins explains that this is the closest he’s ever gotten to an actual visualisation of the images his music evokes inside his head.

For more behind-the-scenes info on how the project came together and a closer look at the amazing imagery they captured in the process, head over to The Creators Project here.

‘Everyone Is A Photographer’: Specialize or Perish