Arizona-based photographer Mike Olbinski has been visiting the Central Plains of Texas for almost four years now in search of the perfect rotating supercell. A long-held goal of his, capturing one of these structures that look like massive, awe-inspiring “alien spacecraft” had always eluded him. That is, until his most recent trip.

It took driving through hail and torrential rains — as well as braving the possibility of a massive tornado which, thankfully, never formed — but Olbinski finally got the footage he’s been after. 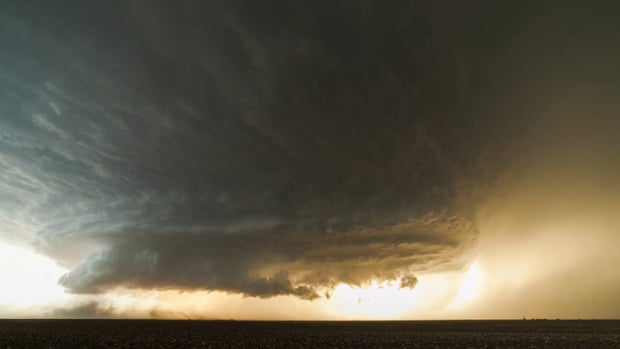 The time-lapse was shot using a 5D Mark II and a Rokinon 14mm 2.8 lens. Because they approached the storm from the “wrong” side and underestimated just how fast it was moving, the time-lapse is broken up into a few parts, as they had to keep driving a safe distance away. Still, one could argue that the multiple vantage points make for a better time-lapse than if he had simply set up and shot it from the same position for an hour.

You can read more about the experience over on Olbinski’s blog. Or, if you prefer, just click play and stare awe-struck as this massive, rotating supercell (Olbinski isn’t wrong to say it looks “like something out of Close Encounters”) makes its way across the landscape.

Your First 10,000 Photographs May Include Some of Your Best

Looking into the Future: Whose Camera Will I Buy in 2018?