Here’s an interesting photo trivia question: can you name any major world currencies that feature an image of a camera?

Answer: the old five hundred peso bill over in the Philippines. On the back of the original series is an image of a Rolleiflex twin-lens reflex camera!

The bill was first issued back in 1987 after the assassination of Senator Benigno “Ninoy” Aquino, Jr. in 1983. Aquino is a national hero, and his son Benigno Aquino III is the current President of the Philippines.

The front of the bill features a portrait of Aquino:

On the back of the bill is a collage showing Aquino at various points in his life. One of the portraits is of Aquino’s time as a journalist for The Manila Times. At age 17, Aquino was the youngest war correspondent to cover the Korean War for that newspaper (he would receive an award from the country’s president the next year for his work): 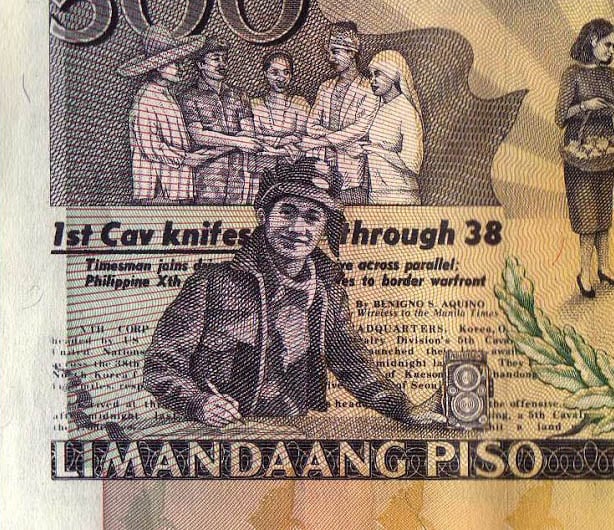 The portrait illustration shows Aquino writing on some paper with his right hand. At his left hand is a Rolleiflex camera. Look closely, and the brand name can be clearly seen across the front of the camera body: 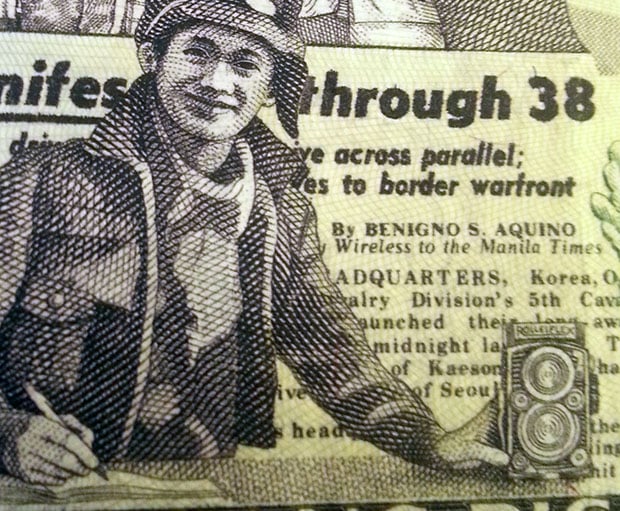 This particular bill design was replaced a few years ago with one that features Aquino and his wife on the front. Sadly, there’s no camera to be seen on the reverse side of the newly issued bills.

If you’re dying to spend cash that has a camera on it, head on over to the Philippines soon — the “Rolleiflex” 500 peso note is still legal tender, but only until 2014.

Thanks for sending in the tip, Tim!

Photographer Pops the Question Using the Viewfinder of His SLR Camera