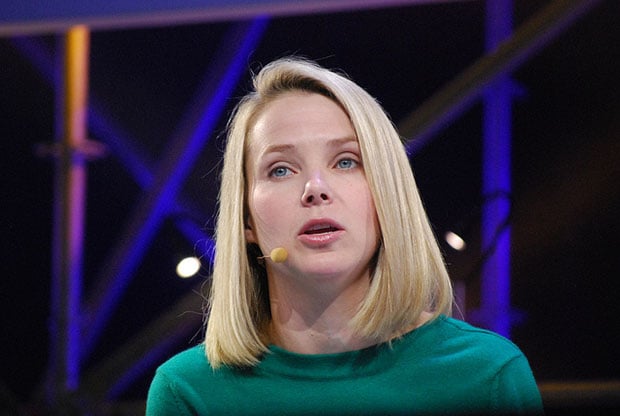 Yahoo CEO Marissa Mayer found herself in the spotlight earlier this week following a controversial statement made at Flickr’s NYC press event regarding pro photographers:

Photographer Zack Arias took offense to the comment, and before long, a number of publications picked up the story, sparking discussion and debate on the matter. Some users even took to Mayer’s Flickr page to voice their opinions.

But according to Mayer, the comment was taken out of context. She’s taken to Twitter to explain her remarks to outraged and confused users, stating that she “worded [her] answer terribly”. 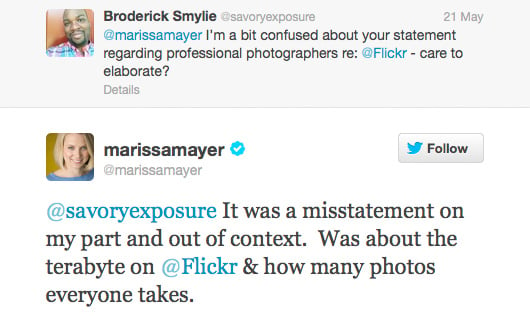 Mayer says her “misstatement” was related to the terabyte of storage now available on Flickr and how many photos users are taking. In other words, Mayer is suggesting there isn’t quite the need for a Pro account given the tremendous amount of storage space now available to all users.

Mayer is also using her Twitter account to apologize for the confusion, and it looks like the community is taking kindly to her outreach. Certainly, it’s understandable how a comment can be taken out of context, and this being the Internet, it can easily can be stirred into a controversy very quickly.

The Decisive Moment is Dead. Long Live the Constant Moment