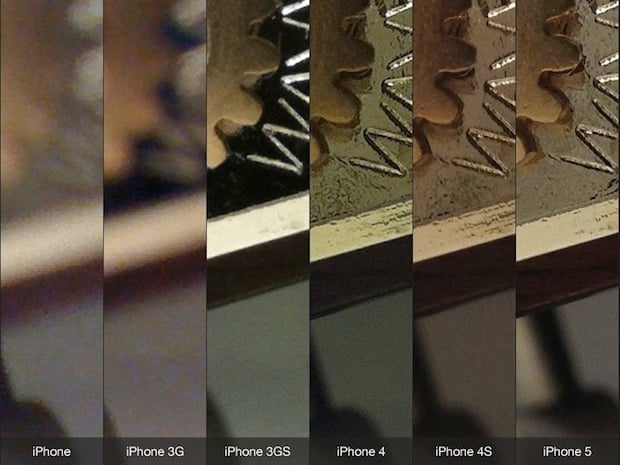 The iPhone has evolved in leaps and bounds since the smartphone first burst onto the scene in 2007, and one of the most impressive ways it has evolved is in its capability to take pictures. In the original iPhone, a camera was something of an afterthought; the current model has entire commercials dedicated to the camera.

But knowing intuitively that the camera has improved exponentially is a far sight from seeing it with your own eyes. And so, just like they did in 2011, the folks behind the popular iPhone app Camera+ got every model of the iPhone together took a set of comparison shots for your perusing pleasure. 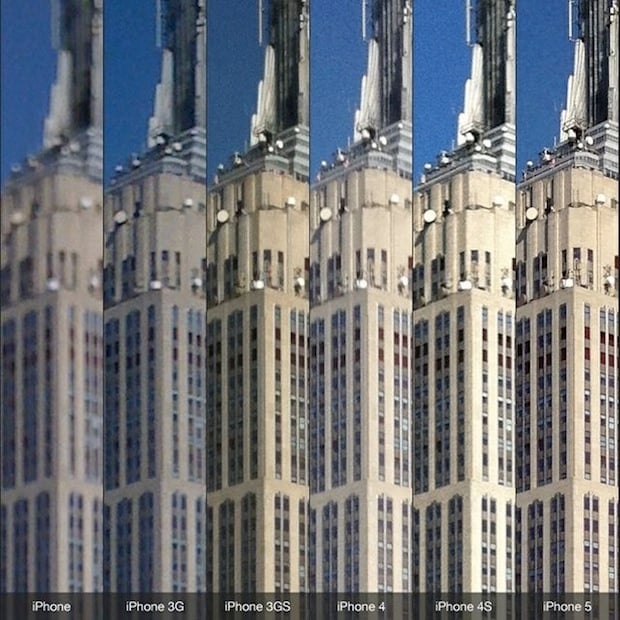 They ran the phones through their paces in three separate situations: a macro shot, a skyline shot and a low-light macro shot. The difference is striking. Sure, there’s not as much difference between, say, the 4S and the 5 (although, even there, the difference is noticeable), but from the original iPhone to now, it’s clear Apple has put a lot of work into making the camera great.

The biggest improvement by far came between the 3G and the 3GS. There was still no front-facing camera or flash to speak of, but that’s when we started seeing iPhone photography that actually caught our attention. Since then, the improvements have been incremental, but noticeable — even the addition of the scratch-resistant sapphire crystal surface between the 4S and the 5 seems to have helped. 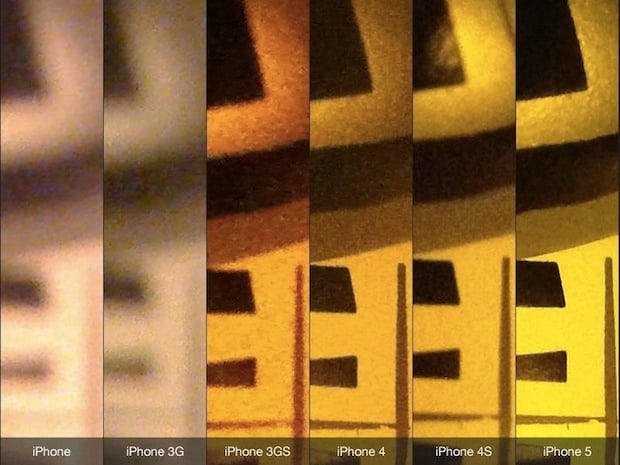 Keep in mind, these are just the overall comparisons. For a more in-depth look at each camera in the series and how it performed in each situation, head over to the Camera+ blog and scroll through the evolution of the iPhone camera for yourself.

How does the iPhone 5 camera compare to previous iPhone cameras? [Camera+ via AppleInsider]