Photographer Chase Jarvis has a recurring dream in which he is floating in a sea of vividly colored clouds (don’t we all?). So when Samsung came to him with a bunch of money and instructions to do whatever he wanted just as long as it highlighted the color capabilities of the company’s Series 9 monitors, he decided to make his dreams come true — literally.

His only demand from Samsung was that the company let him create an epic behind the scenes video that showed how his team brought the whole thing together. 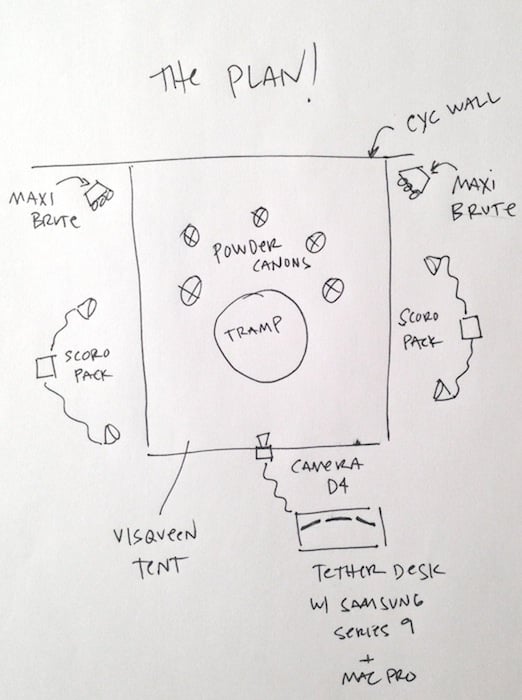 The final plan, and there’s always a plan, involved a remote-controlled Nikon D4 attached to a 24-70mm lens stopped down to f/11 for deep depth of field, two Broncolor Scoro A4S Power Packs and four Broncolor Unilite 1600′s positioned outside the tent for light, and some PocketWizards to fire the flashes.

To get the behind-the-scenes video and photos right, Jarvis enlisted the help of an Arri Alexa, a Sony FS700 for high-speed shots (480+ fps), a Canon 5D Mark III, a Canon 7D, and 9 GoPros they found lying around the studio that they set up into a bullet-time array. Obviously all stops were pulled out for both the photo shoot and the behind the scenes action.

Here are a few more behind-the-scenes pics that Jarvis sent our way: 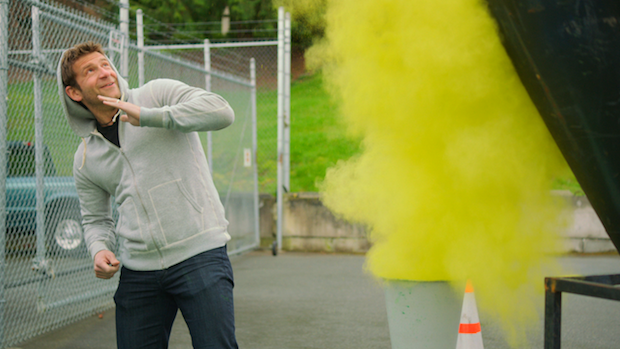 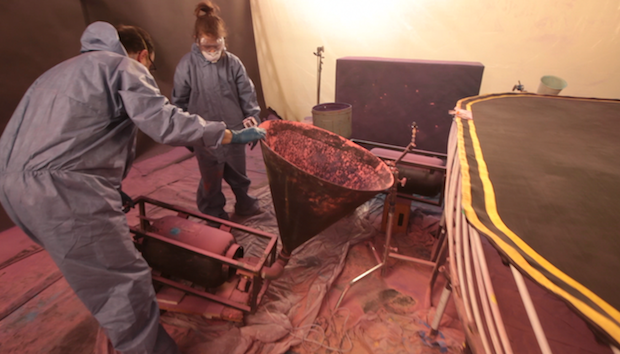 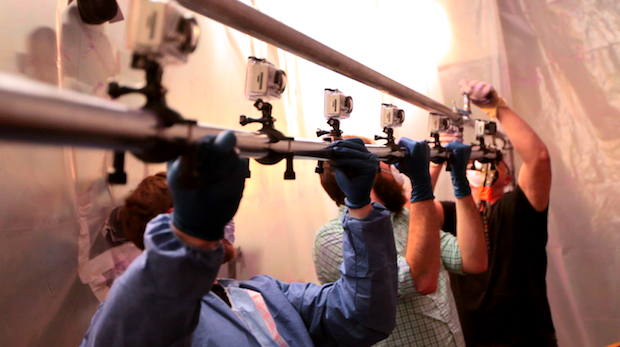 Of course, all of this would just be an exercise in futility (really fun futility, but futility nonetheless) if the final image didn’t turn out right. We’ll let you be the judge, but we think he hit the dreamy nail on the head: To see more behind the scenes pictures and get a full description from the man himself, head over to Jarvis’ blog and read the entire story.

Image credits: Photography by Chase Jarvis and used with permission.

Four Generations of Women Captured in a Single Family Portrait