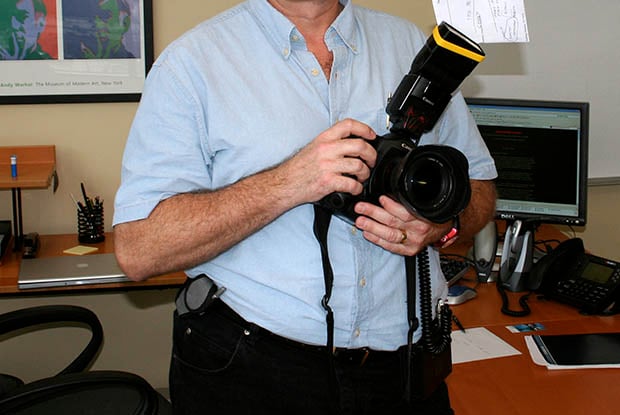 Magazine and newspaper stories have traditionally revolved around the writer. A writer would pitch stories and was almost always the architect of the piece. When the story needed visuals, a photographer or illustrator would be brought in, often after the story was finished. This order of operations placed the writer in the driver’s seat.

The primacy of the writer was reflected in the leadership of the publication where editors, responsible for direction and content, rose from the ranks of authors. During the nineteenth century, when publications were gray tomes celebrating the written word, this was a perfect arrangement. Artwork accompanied the story, augmented it, clarified it, attracted attention to it, but always served a subordinate role. Photography was the appetizer to the article’s main course — the words.

During the twentieth century a few notable publications like Life and National Geographic challenged this arrangement by brilliantly placing photography on even footing with the written word, but they have been the exception.

Today a sluggish economy and tectonic changes in the media landscape are squeezing editorial outlets. Publications understand that they need to compete on the web and in social media, and to compete they need to maintain a hyperactive content cycle. A handful of long articles every month won’t cut it. With a requirement for daily content, hiring two creatives for every story is an unaffordable luxury. 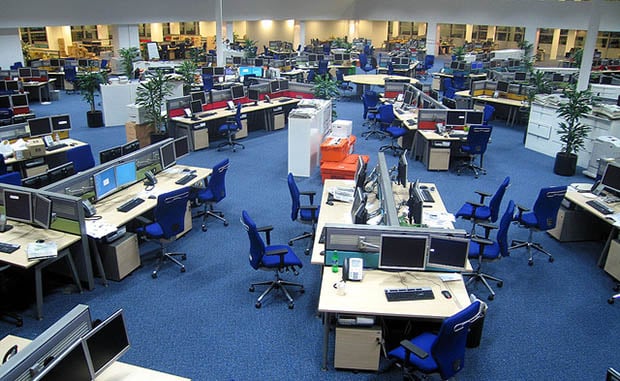 Since, through a sort of institutional inertia, the writers have remained the prime movers for most media outlets, publications have addressed this problem by asking authors to take up photography on the side. The results: predictably poor.

The irony of this situation is that it is happening at a time when the visual image is achieving ascendancy.

Last September, USA Today unveiled a new website design devoting prime real estate to photography. Somebody in the design process understood the visual nature of the web — photos sell stories and increase click-through rates. The layout highlights photography and dedicates the entire area above the fold to images on many pages. The design is smart and attractive, but although the designers understood the value of the image, the editorial staff has yet to catch on. USA Today doesn’t seem to be commissioning photos to fill this space. Instead they are relying on writer-supplied images with the occasional wire or stock photo.

I noticed this yesterday when USA Today ran a piece about one of my favorite restaurants in Anchorage, Sacks Cafe. Take a look:

Photo-centric stories with minimal text like this are becoming the norm for many publications because they perform well in social media and on the web. But without good photography there’s little reason to pay attention. If the audience is anything like me, they never make it to the third photo let alone to the text.

At a time when visuals are more important than ever, why are publications depending on writers who know how to operate camera rather than photographers who know how to write a caption? Wouldn’t it be in USA Today’s best interest to have exquisite photos in this space even if it meant text from a less experienced writer?

USA Today isn’t alone. Many publications are pushing mediocre images on the web created by writers during the course of their ‘real’ work. Here’s an example from Condé Naste Traveler, famous for world-class photography in its magazine, explicitly calling attention to photography:

Did you read any of it or did you just look at the photos and move on? Did the photos leaving you wanting more? And keep in mind: this is one of the most photogenic places in the country.

An on-the-road-style photo-blog is a great idea for a print publication that wants to attract readers on the web. But the photos need to be good. They need to engage the reader. Billy Cohen is a fine writer, but this blog begs for a photographer.

Finally, a real treat from last year: Fox News covers Alaska. Don’t miss the last image in the slideshow where a relatively large hill is captioned: “Mt. McKinley (Denali) is the highest mountain in North America.” (The photo recently ran again in this story about Denali.)

We can kevetch about this all day, but here’s a better idea for photographers: start working on your writing and pitch yourself to editors. Sooner or later publications are going to realize that a photographer with writing skills is a better investment than a writer with a camera for many situations. There is no reason photographers can’t instigate and lead stories, especially on the web.

The often-heard opinion that camera technology has improved enough to make photographers irrelevant is being refuted every day on the websites of national publications. And these publications are going to find it harder and harder to attract an audience with sub-par images. Institutional change is slow but inevitable, and the visual image becomes more important every day.

About the author: Mark Meyer is a photographer based in Anchorage, Alaska who specializes in commercial and editorial assignments. Visit his website here. This article originally appeared here.