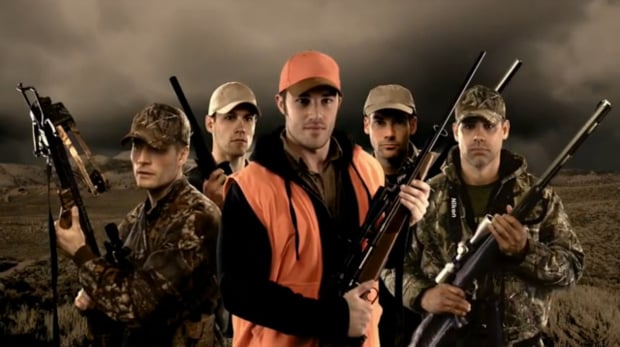 Focusing mainly on big game hunting, the article brings Nikon’s “Monarch African” (aka. The Monarch 3 1-4×20 German #4) forward as exhibit A. According to the product’s page, it’s a rifle scope “designed specifically for dangerous, big game hunting in Africa,” a scope that could mean “the difference between a successful hunt and a painful debacle.” 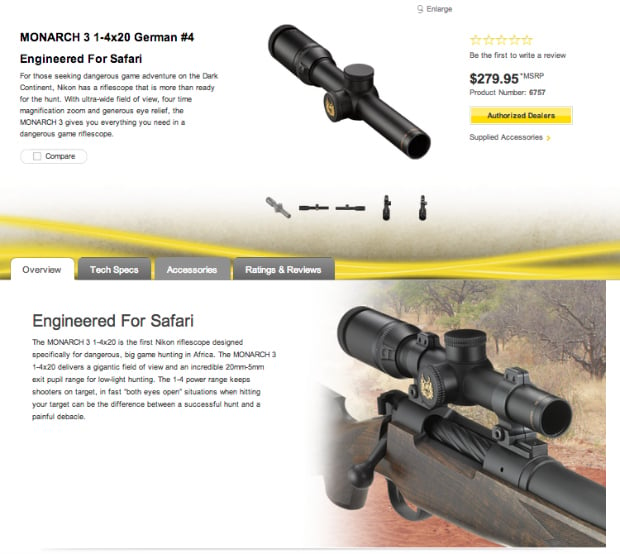 That in itself wouldn’t be as big of an issue if Nikon didn’t simultaneously describe itself as “at the heart of nature” in its latest catalog for photographers. Sporting pictures of polar bears and boasting a love of nature while selling a plethora of rifle scopes (164 to be exact) at the same time is, in award-winning wildlife photographer Stefano Unterthiner’s opinion, fundamentally wrong. Speaking with The Independent, he explains:

The article was published yesterday and Nikon UK has yet to respond to the accusations or The Independent’s questions. However, having recently changed the name of its “Nikon Hunting” website to “Nikon Sport Optics,” it’s altogether possible that the company may have seen this one coming.

The wrong kind of photo shoot: Nikon in the line of fire over rifle sights for big game hunting [The Independent]

One Photographer’s Rant: “There’s Too Many Cameras on the Market”