Gigapixel photography has become all the rage as of late, as photographers around the world are using special rigs to shoot numerous photos of a scene and then stitching them together into an uber-high-res panorama. Austrian photographer Kurt Hoerbst is taking the high-res photo-stitching concept and applying it to a different subject: human subjects.

He says his project is designed to be the “counterpoint” to the high speeds found in many types of digital photography. To slow the process down, Hoerbst has his subjects lie down and used a DSLR mounted to a track to shoot a number of photographs of the people from head to toe. In essence, he’s creating the portraits by “scanning” the subjects, as if he were using a giant flatbed scanner. 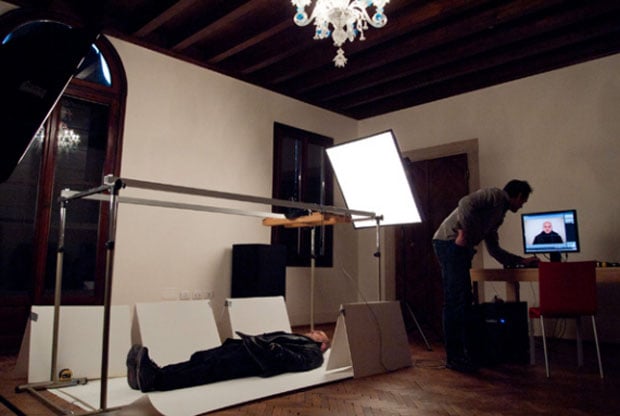 Each finished portrait consists of up to 20 high-resolution photographs, resulting in a life-sized image that captures extremely fine details about each person, their body, and their clothing. 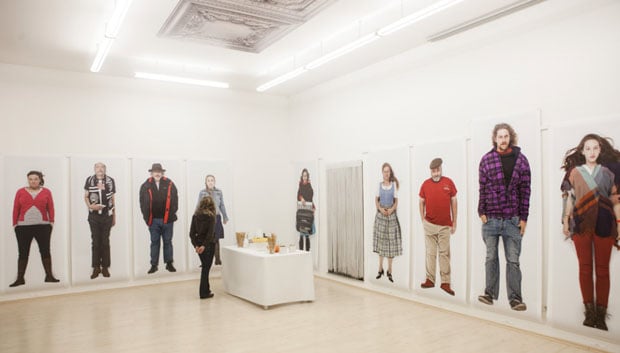 [It’s] the slowing down of what is normally a very spontaneous act in portrait photography […] The photographer takes on an exceptionally domineering role in this ‘game’. He literally rises above the model. The model has no possibility of movement. He or she is at the mercy of the photographer for one to two minutes.

The result is a form of victim/assailant situation (as is very often the case in photography). The shooting angle does the rest, making sure that once the exhibition picture is put up vertically again, there is something strange, distant and removed about it. An impersonal, unapproachable image develops, something that can only be the result of personal trust and personal closeness.

Here are a selection of the portraits Hoerbst has created so far:

The project is titled People Scans. You can find out more about it over on its website.

Image credits: Photographs by Kurt Hoerbst and used with permission

Photocarver Slices Your Photographs into Blocks of Wood