About a month ago, photographers Shawn Heinrichs and Kristian Schmidt‘s revolutionary whale shark fashion/conservation shoot went viral on the internet — using incredible photography to draw attention to the plight of the whale shark.

Following in the footsteps of that project, Heinrichs and Schmidt teamed up again, this time putting together a mesmerizing set of photographs alongside the above video as part of the conservation effort Manta Ray of Hope.

Another incredibly difficult shoot (technically speaking), Heinrichs and Schmidt enlisted the help of underwater dancer Hannah Fraser and a whole team of assistants both above and below water to make the Mantas Last Dance video and photo shoot happen.

Shooting in the beautiful waters off the coast of Kona Hawaii, all of the images below were captured in the ocean as Fraser interacted with wild (and curious) manta rays in the water. 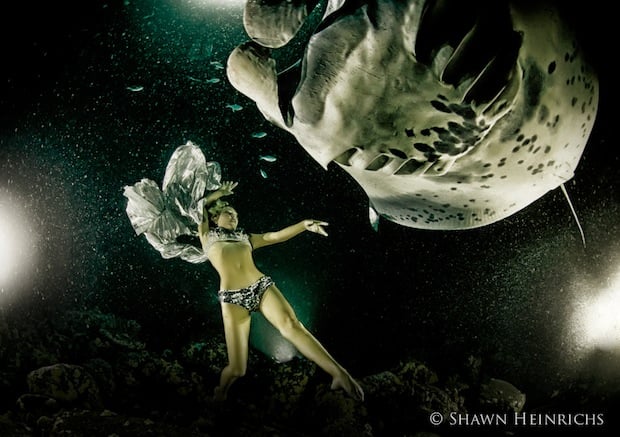 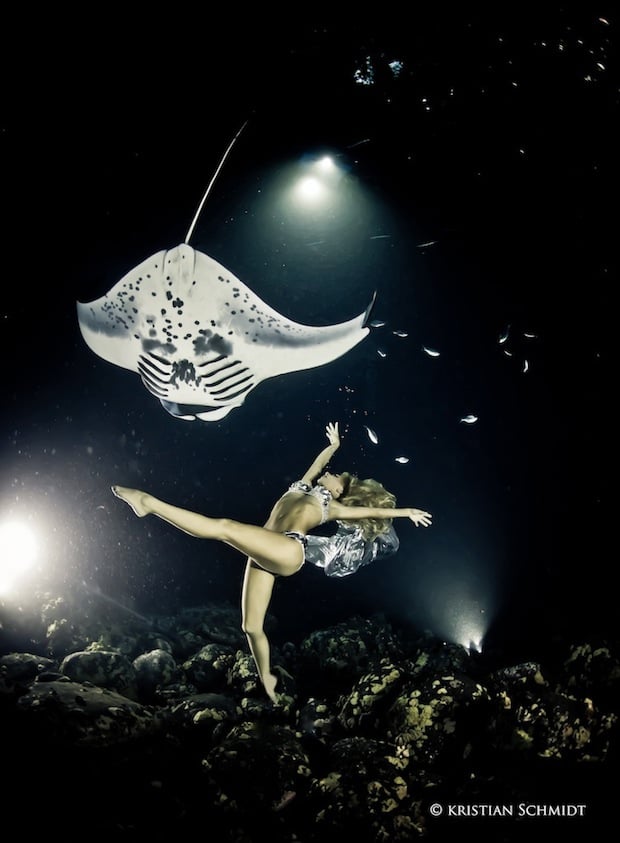 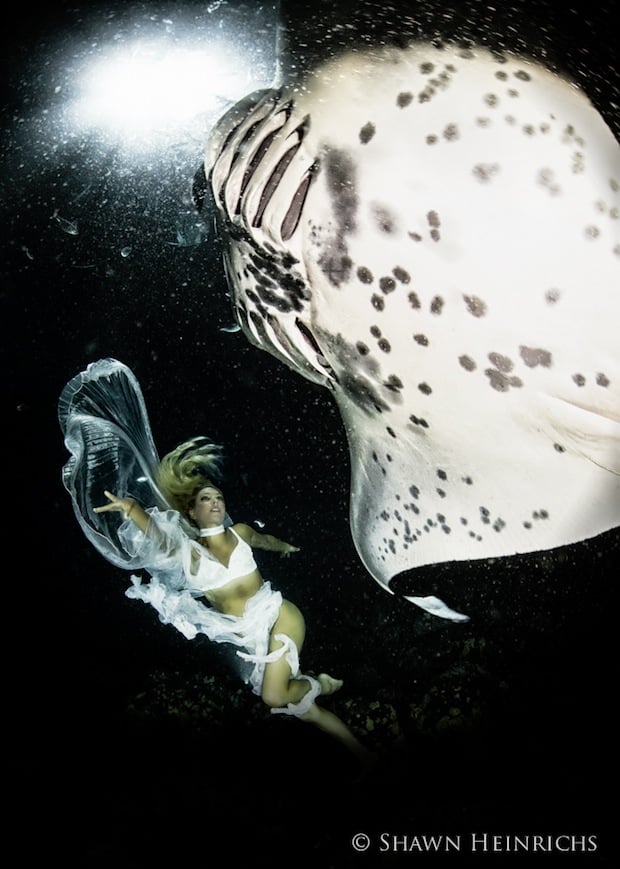 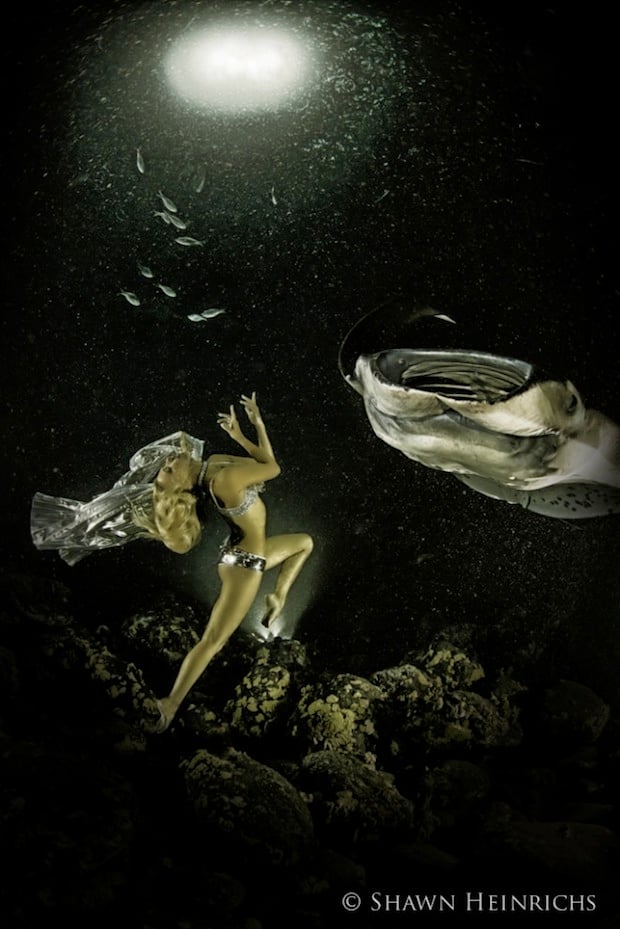 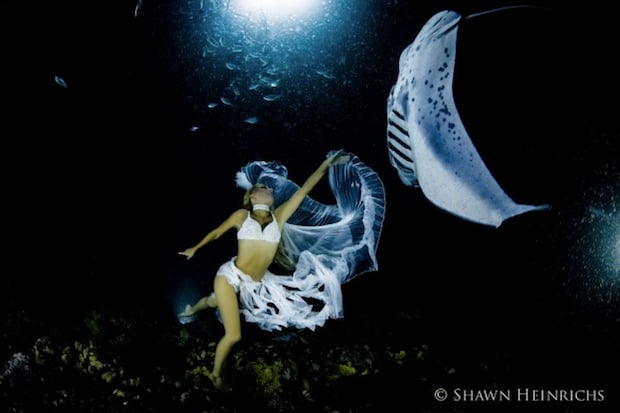 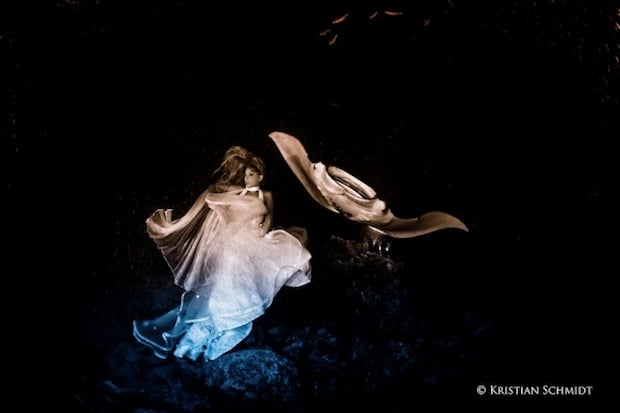 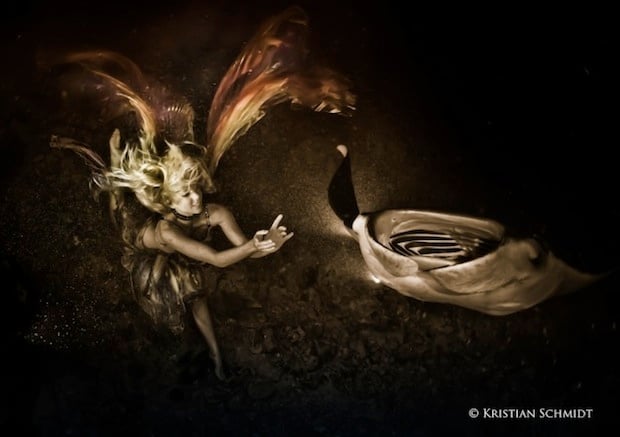 As Heinrichs explains in the behind the scenes video below, the whole purpose of the shoot is to bring attention the manta rays’ struggle for survival. A beautiful and friendly animal, manta rays are being hunted to the brink extinction.

The Convention on International Trade in Endangered Species (CITES) meets this month, and will have a chance to vote on whether or not to grant manta rays protection. Those who wish to influence that decision can do so by signing this petition, asking the delegates of CITES to vote in favor of manta ray conservation.

Image credits: Photography by Shawn Heinrichs and Kristian Schmidt and used with permission.