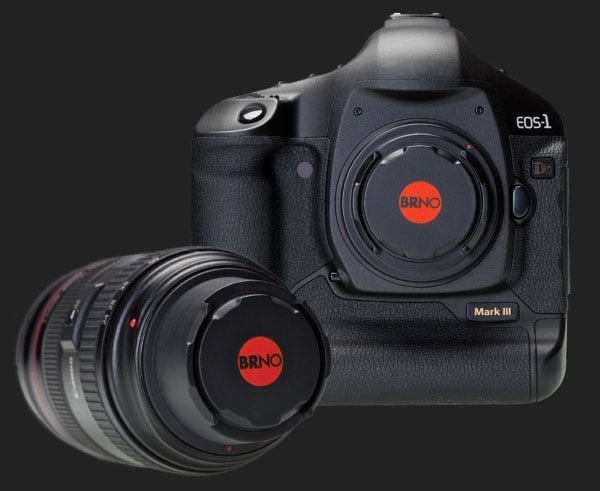 Fungus is one of the banes of a camera lens’ existence. In humid environments, nasty things can begin to happen if some fungus spore-laden dust particles make their way into your lens. To prevent fungus from growing inside a lens, photographers often silica gel packets to control the amount of moisture in and around their glass.

For a fancier solution to this problem beyond simply stuffing desiccant packets inside your camera bag, check out BRNO’s dri+Cap System. It’s a set of lens and body caps that are designed to keep your lens elements nice and fungus free. 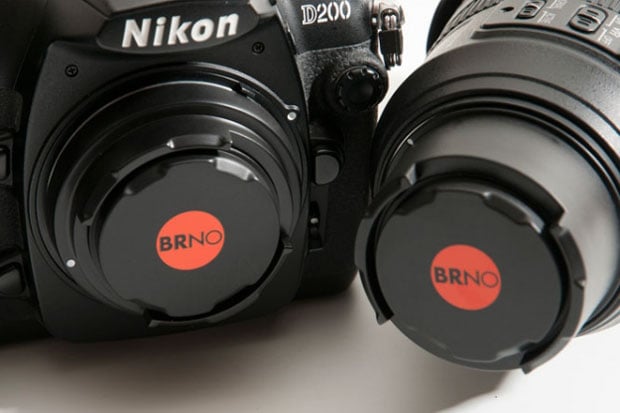 The specially designed caps, available for both Nikon and Canon mounts, come pre-loaded with packets of silica gel. They feature rubber o-rings that prevent outside air from entering through the lens in the mounting area. 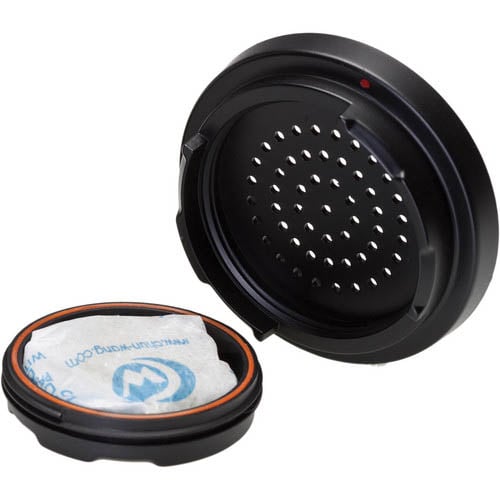 Using the cap system helps maintain your gear at what the company calls the “optimum relative humidity”, which is reportedly 35% to 45%. It also allows you to transition between drastically different temperatures and environments with peace of mind, doing away with the need to temperature match (which can often take some time to do). 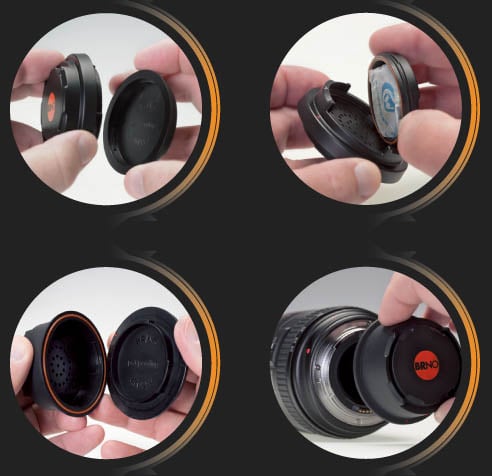 To remind you to change the packets every so often, the gels actually change color when they need to be replaced. Orange gels indicate freshness, while green ones indicate that a swap is in order.

Each body and lens cap pair costs $45 over on B&H for Canon and Nikon shooters. 8 packs of replacement gels cost $7.

(via PopPhoto via Nikon Rumors)