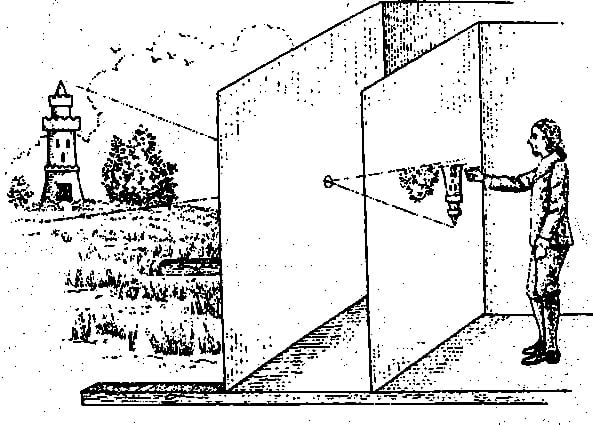 Did you know that some of the most famous master painters from centuries past may have actually used camera “technology” to aid them in creating their masterpieces? According to the hotly debated Hockney-Falco thesis, some well-known artists likely used rudimentary camera obscura rooms as a tool — essentially “tracing” parts of their work.

One of the better known painters that may have used such techniques is Dutch painter Johannes Vermeer, creator of the masterpiece Girl with a Pearl Earring that has been affectionately called the “Mona Lisa of the North.” Using a camera obscura with a primitive lens would produce halation, which would explain the sparkling pearly highlights often found in Vermeer’s paintings. 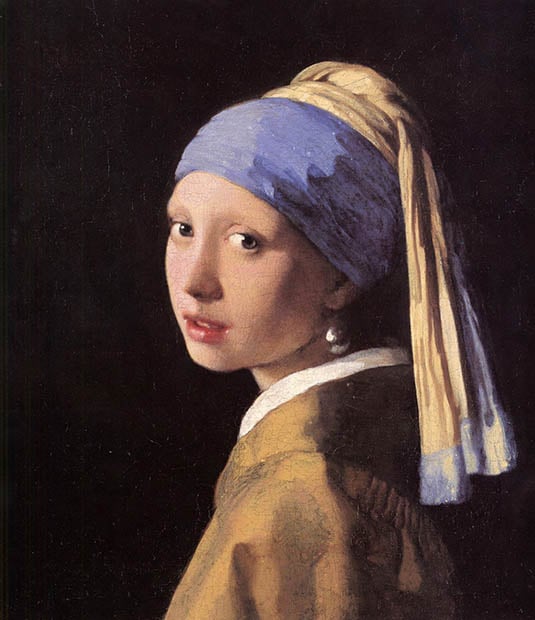 Other masters “accused” of using such techniques include Rembrandt and Caravaggio.

Hockney’s extensive research led him to conclude that artists such as Caravaggio, Velázquez, da Vinci, and other hyperrealists actually used optics and lenses to create their masterpieces. In this passionate yet pithy book, Hockney takes readers on a journey of discovery as he builds a case that mirrors and lenses were used by the great masters to create their highly detailed and realistic paintings and drawings. Hundreds of the best-known and best-loved paintings are reproduced alongside his straightforward analysis.

Hockney also includes his own photographs and drawings to illustrate techniques used to capture such accurate likenesses. Extracts from historical and modern documents and correspondence with experts from around the world further illuminate this thought-provoking book that will forever change how the world looks at art.

Proponents of Hockney’s theory maintain that this doesn’t take away from the artist’s talent, while detractors such as essayist Susan Sontag have been quoted as saying (rather tongue-in-cheek) that:

If David Hockney’s thesis is correct, it would be a bit like finding out that all the great lovers of history have been using Viagra.”

Whatever the art history ramifications, the interesting part of this theory — at least as far as we’re concerned — is the implication that maybe even great artists needed a little help from the “technology” of their day. And as Hockney himself pointed out, “optical devices certainly don’t paint pictures…”

If Vermeer was the old-time equivalent of an image sensor, then we certainly won’t fault him for inserting himself into a high-end camera to properly expose his subject.