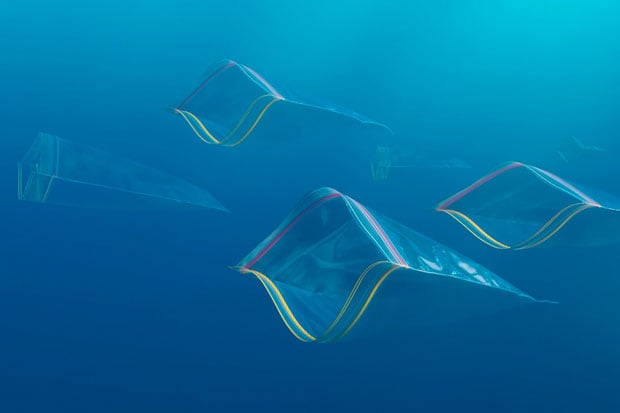 The Pacific Trash Vortex, also known as the “Great Pacific Garbage Patch,” is an area the size of Texas in the Pacific ocean in which there’s 6 times the amount of plastic as there is natural plankton. Photographer Kim Preston wanted to draw attention to this growing problem, so she shot a series of photographs titled Plastic Pacific that features everyday household plastic objects made to look like the sea life they’re choking to death.


The simple concept was executive with a minimal budget and a very simple setup. Preston tells that she shot the photos using a Nikon D5000, Nikkor 85mm f/1.8 lens, Nikon SB600 flash, and Wesctott 43-inch Orb in her backyard shed.

All the objects (except the straws) were hanging from a clothes rack with an extended arm. The backdrop was some blue fabric stapled to the wall. Everything was held together using fishing line, double-sided tape, and gaffer tape. For the bags and shower caps, Preston would quickly puff them up and/or blow into them before snapping a shot with a wireless shutter release.

Each sea creature was captured by itself, so post-processing involved stitching the images together and color matching them in Photoshop.

She had originally planned to shoot the entire series inside a large fish tank, but her lack of budget forced her to become more creative with her methods and literally think outside the box. At the very end, Preston added some artificial brush strokes in Photoshop to create the illusion that everything was captured underwater. 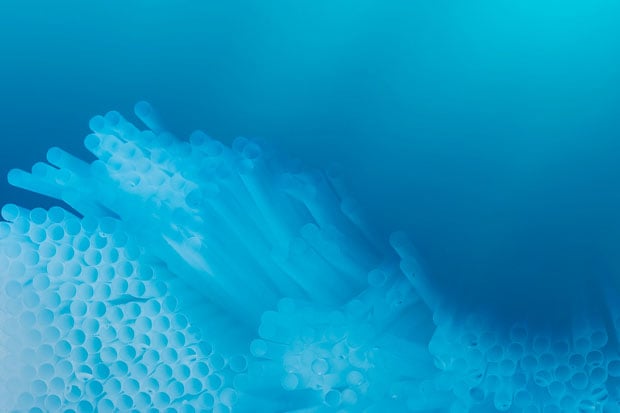 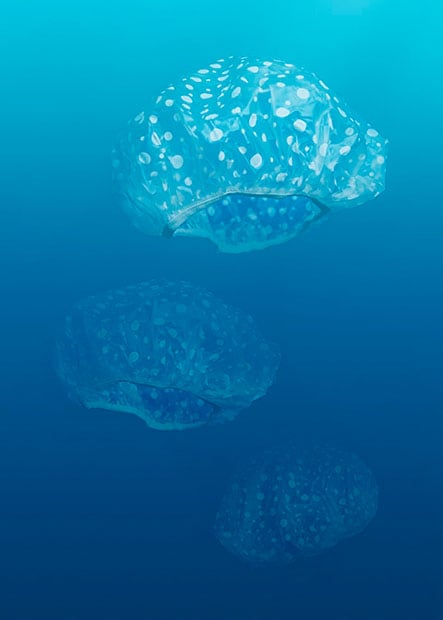 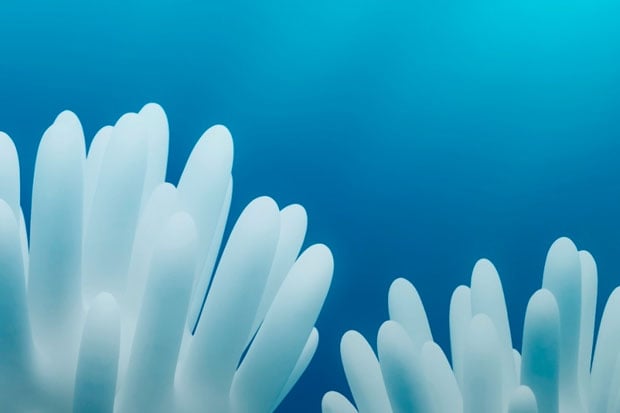 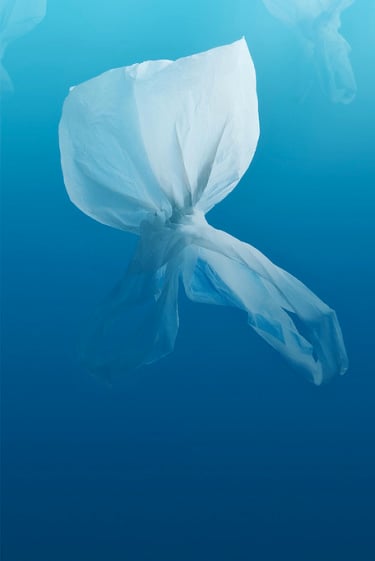 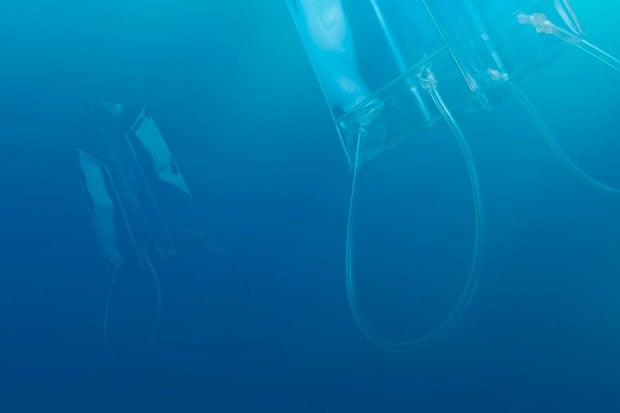 (via Kim Preston via Feature Shoot)

Image credits: Photographs by Kim Preston and used with permission