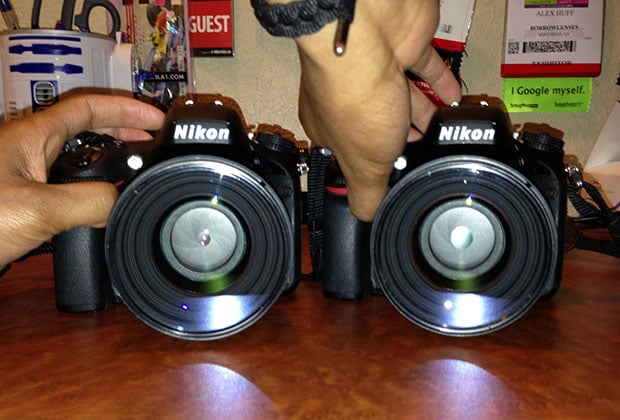 A little earlier today, we reported on how Sohail Mamdani of BorrowLenses had discovered that one particular Nikon D600 he was testing was consistently overexposing photographs by two stops. After searching long and hard for the cause, he stumbled upon the culprit: the D600 wasn’t closing the aperture blades to the correct opening size.


The photograph above shows two D600 DSLRs. The one on the right is defective, while the one on the left isn’t. Both cameras have their aperture setting set to f/8.

When the depth-of-field preview buttons on the front of the cameras are pressed, the defective copy has an aperture that’s much larger than it should be. It lets in roughly two stops of extra light compared to the correct f/8.

So far, Mamdani has tested four D600 copies owned by BorrowLenses, and two of them had this defect. He tells us that he’s not sure whether it’s an issue on Nikon’s end, or whether the faulty D600 bodies were somehow damaged by renters over the past couple of months.

If you shoot with a Nikon D600 and have been noticing consistent overexposure (something that’s hard to detect if you only use one camera body), you might also be experiencing this strange aperture issue.

Is the Canon 6D Under-Exposing? UPDATE: No, It’s Not. [BorrowLenses Blog]

Update: Here’s an update from Mamdani:

Turns out it’s most likely not a defect (or at least, we don’t think it is). The prong that pushes the aperture closed was bent on the defective bodies. See the following photos. The top is one of the busted D600, the bottom is a D7000. This is almost certainly the result of damage; the cameras were maybe dropped with a lens attached? 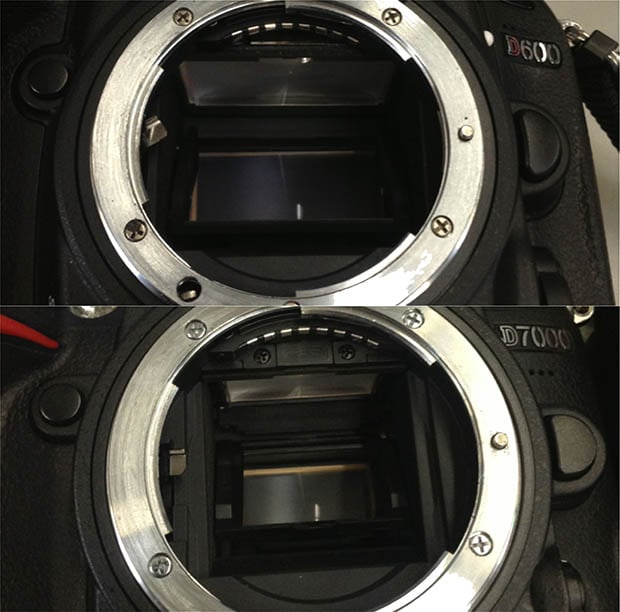