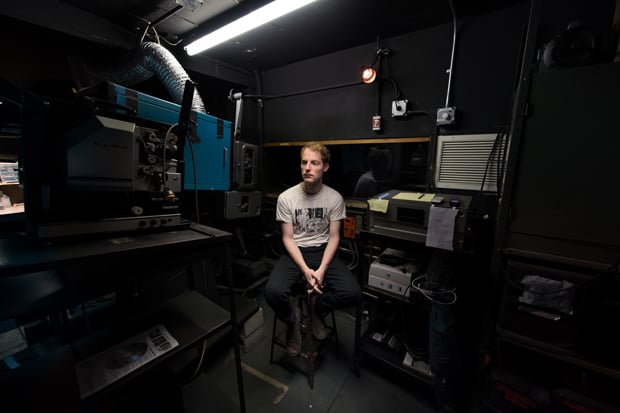 Sitting in a movie theater is probably a very familiar experience to most of you, but what’s it like to watch the movie from the projection room — that room with a small window at the back of each theater that holds the projector.

New York City-based photographer Joseph O. Holmes has a new project called The Booth that offers a glimpse into these rooms and the people who work in them.

Holmes spent the past year visiting the projection booths of various movie theaters in New York and some of the surrounding states. He has been rushing to complete his project as of late due to the fact that theaters across the nation are now dumping film projectors in favor of digital ones.

His goal is to capture the beauty of the projectors and portraits of the people who run them before they’re gone forever. (Digital projectors largely do away with the need for a projectionist to run them.)

Here’s what Holmes tells us about how the project came about and how it was done:

The idea for the project occurred to me one evening as my wife and I sat in a movie theater waiting for the lights to go down, and I turned to look back at the little window above the audience. I’ve always been curious about what went on in that inaccessible room, what kinds of people and machines filled the space. And it occurred to me that those spaces would make a fascinating subject for my camera.

The project is often exhausting. Some of theaters have been as much as a three-hour drive away, while others involve taking multiple subway trains and walking long distances with my equipment on a hand-truck.

In addition to camera, lenses and tripod, I carry lighting equipment. The light inside a projection booth isn’t just dim, it’s awful: aging, dim fluorescents for the most part. Thus, all the photos of people are lit with a softbox and Nikon Speedlights. If my 21-year-old son Julian is available, I take him as my assistant, to carry the bags and to hold the softbox. If he isn’t available, I used a remote control to trip the shutter on my Nikon D800 while holding the softbox myself; the lights are triggered by PocketWizard remotes. 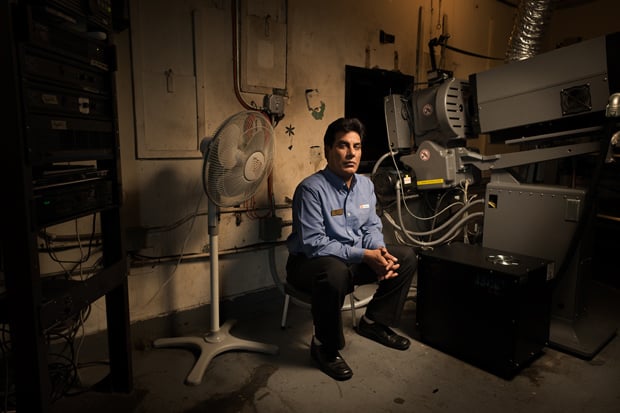 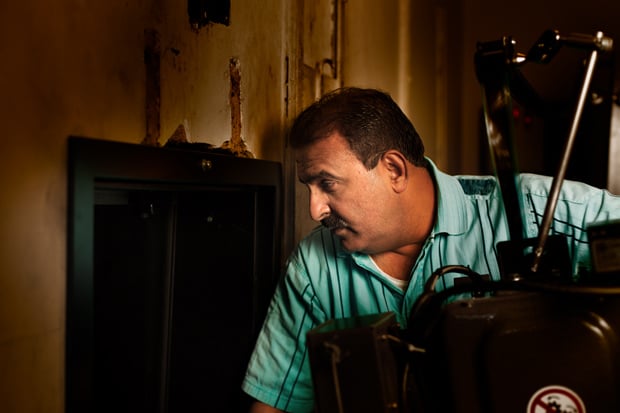 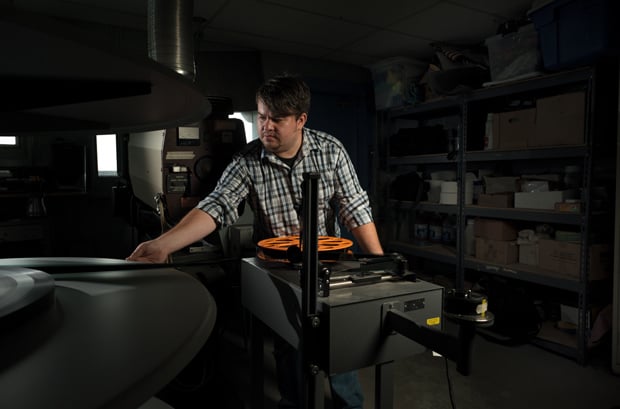 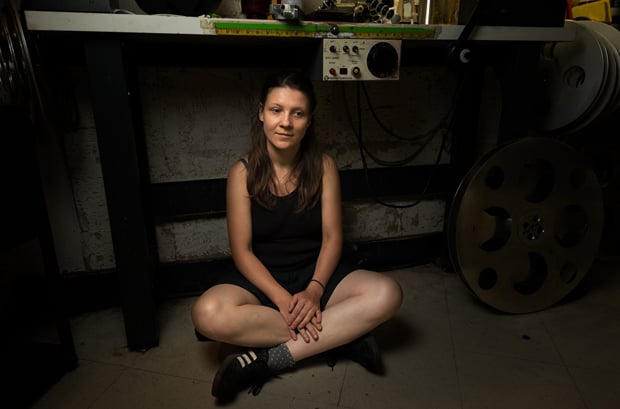 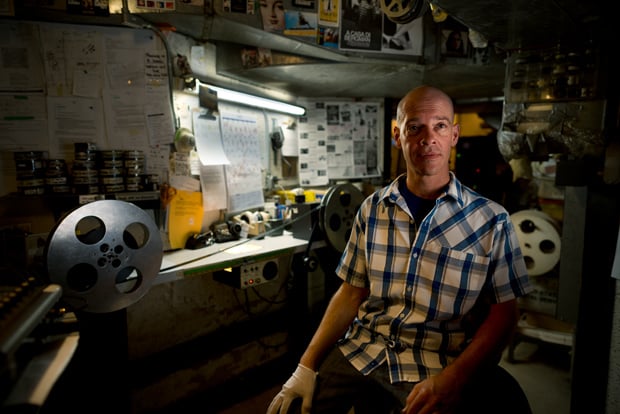 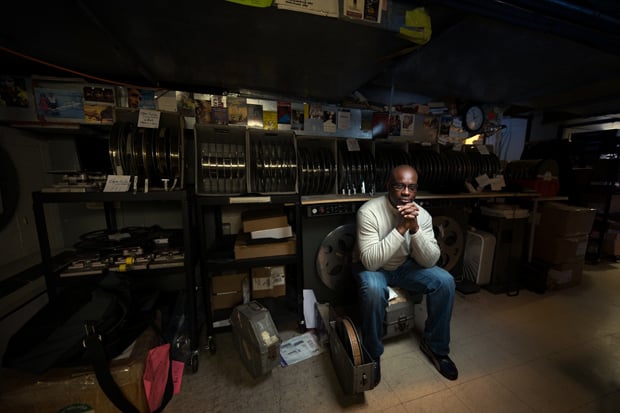 Holmes is aiming to complete the project within the next couple of months, and is constantly looking for suggestions (and connections) for movie theaters to photograph in the New York area. You can find more photos from this project over on Holmes’ website.