Here’s an interesting 26-minute documentary about the life and work of 20th-century-photographer Edward Weston, a man who is considered to be one of the most influential American photographers and one of the masters of photography during his era. The 1948 film, titled “The Photographer,” was shot by American filmmaker Willard Van Dyke, an apprentice of Weston’s, who went on to become a very notable photographer in his own right. 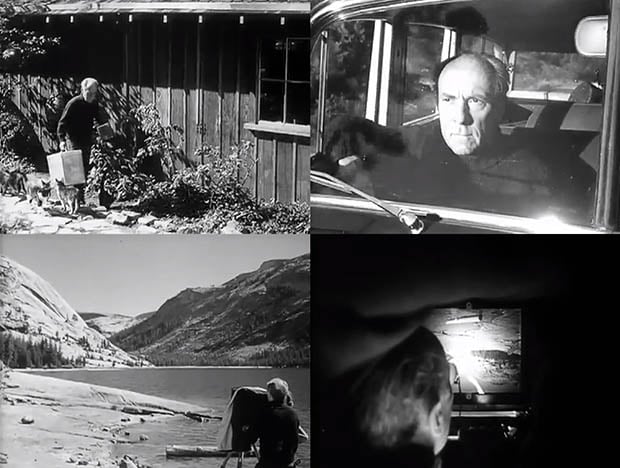 Andrew Nadolski of On Landscape writes,

Admittedly the film is not the greatest piece of film making. It was produced for the United States Information Agency and could be described as quaint propaganda but it does show Weston at home at Wildcat Hill and revisiting some of the locations he made famous at Point Lobos, Oceano, Death Valley and Yosemite. The commentary, whilst bordering on the saccharin in places, does explain why a landscape photographer works as he does […]

It was just prior to the film that life had dealt Weston two cruel blows – he had been diagnosed with Parkinson’s and he had separated from Charis Wilson who was surely the love of his life. In the film we see a frail Weston who has lost a lot of the vitality that made him such a charismatic figure but for anyone interested in Weston’s work it is a rare and important record.

P.S. If for some reason you want a much higher-resolution version of this film, you can download a 1.2GB file over on the Internet Archive.