Last October, Jennifer Lopez made headlines around the world after showing up at a Chanel fashion show in Paris with her 4-year-old daughter (wearing $2,400 in jewelry) and 25-year-old boyfriend in tow. Photographs of the trio sitting in the front row quickly made their way to the front pages of major newspapers and websites.

Although the photos appear to show Lopez and co. peacefully sitting around, the environment created by the photographers there was anything but peaceful. Sébastien Bauer was sitting a few rows back at the time, and captured the above video showing what it’s like to have frenzied paparazzi breathing down your neck as they look to score a widely-published shot.


Here’s a glimpse at some of the photos that were picked up and distributed from that day (mostly by Getty Images). Click any screenshot for the article in which the image is published: 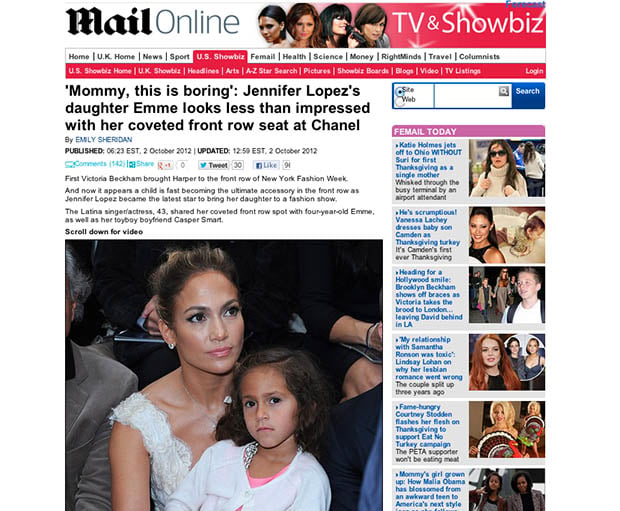 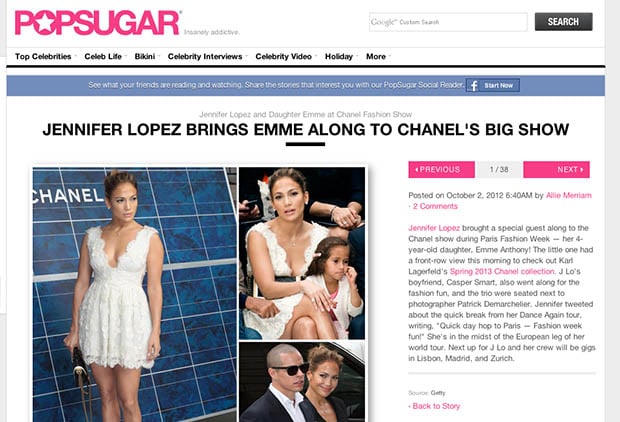 It’s interesting how you don’t see any indication of how chaotic things were from the photos that resulted.