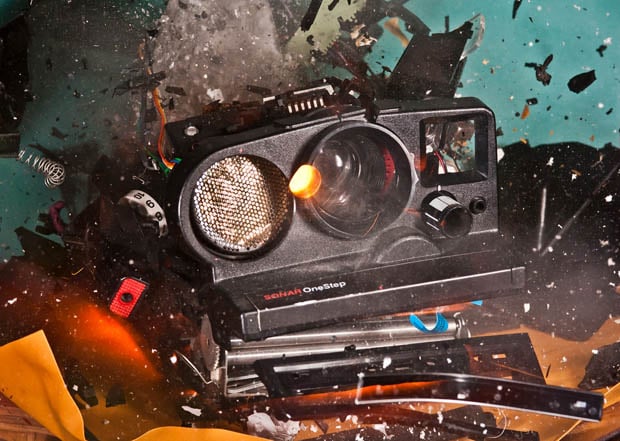 Last year we featured a CGI rendering of an exploding Polaroid One Step camera that makes for a nice wallpaper. Photographer Alan Sailer creates real photographs showing the same thing. Sailer drills a hole into each camera, fills the void with a firecracker, and then captures the resulting explosion with high-speed photography using a Nikon D90.


His trick for completely freezing the motion in each image is a flash unit he built himself that discharges “5 million+ in candlepower in about one millionth of a second.” There’s an interesting post over at Imaging Resource in which Sailer explains the process behind his images. To see more of his work, check out this Flickr set that contains over 200 photographs of various things (e.g. toys, ornaments, gadgets) in the process of exploding. Last year we also featured a beautiful set of images by Sailer that show Christmas ornaments being shot with a pellet gun.