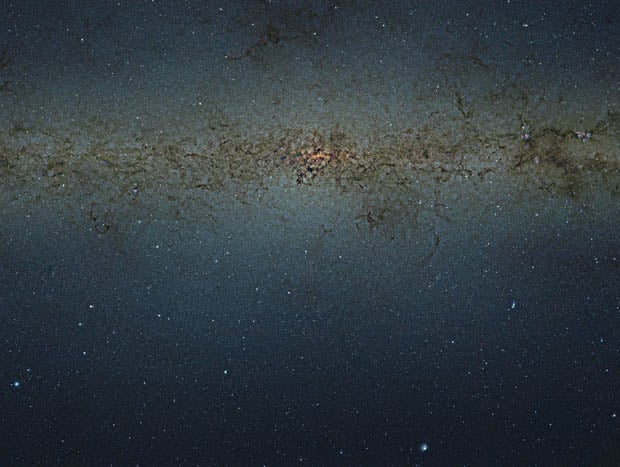 Astronomers at the European Southern Observatory’s Paranal Observatory in Chile have released a breathtaking new photograph showing the central area of our Milky Way galaxy. The photograph shows a whopping 84 million stars in an image measuring 108500×81500, which contains nearly 9 billion pixels.


It’s actually a composite of thousands of individual photographs shot with the observatory’s VISTA survey telescope, the same camera that captured the amazing 55-hour exposure that we shared back in March. Three different infrared filters were used to capture the different details present in the final image.

The VISTA’s camera is sensitive to infrared light, which allows its vision to pierce through much of the space dust that blocks the view of ordinary optical telescope/camera systems.

To give you an idea of how crazy this photo is (and what 84 million stars looks like), here are a couple of 100% crops we made while fully zoomed in. The first one shows the bright area seen in the center of the frame: 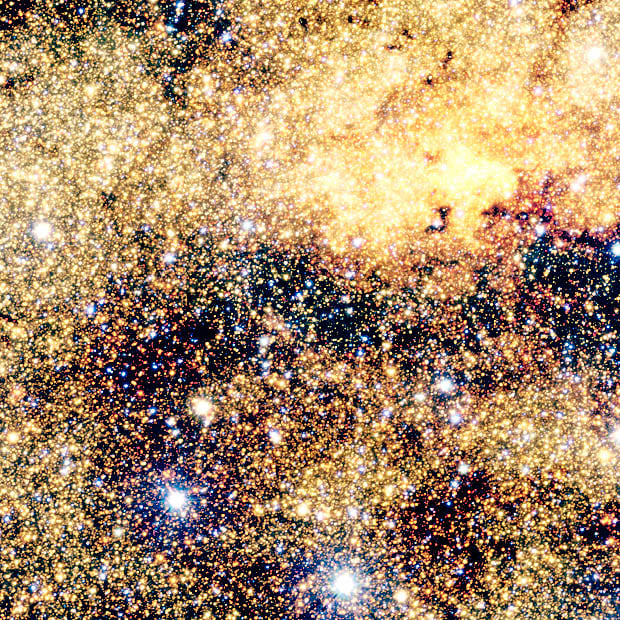 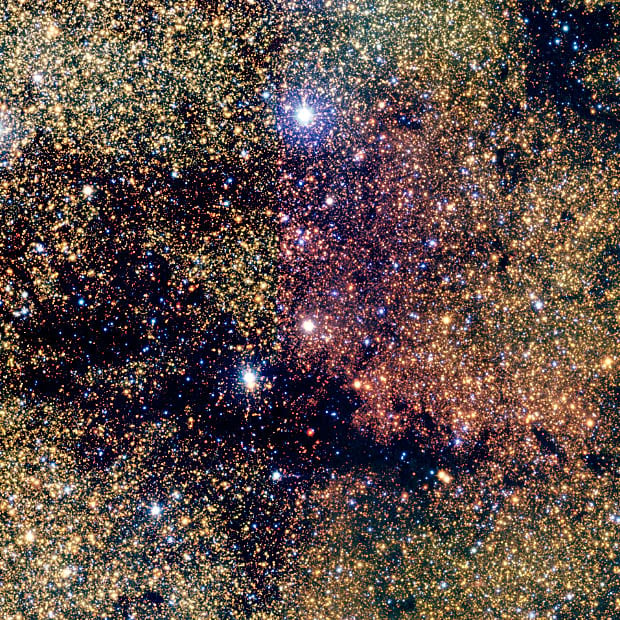 The Atlantic notes that if you were to print out this image as a standard book photograph, it would be nearly 30-feet wide and 23-feet tall.

Check out the zoomable version of the photograph yourself to get a sense of how massive this photo (and space) is.