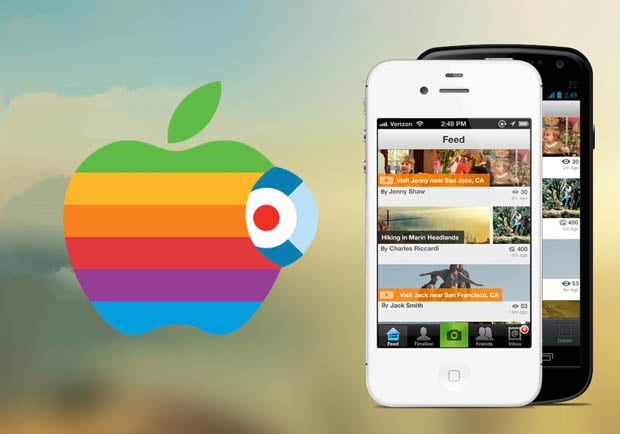 Well, that’s quite a turn of events. Yesterday we reported that photo sharing app Color had denied rumors that the service would soon be shutting down. Based on the app’s lack of users, we said that Color would need to find some traction — and find it soon — for the $41 million invested in it to pay off. Turns out they won’t be needing a miracle after all, because they’ve reportedly already found one: the app will reportedly be acquired by Apple.

Ken Yeung and Matthew Panzarino of The Next Web broke the story this morning, and write,

Color Labs, the photo-and-video-sharing social network that received much criticism over its pre-launch $41 million funding round, is about to be acquired by Apple. We’ve heard through trusted sources that the startup was nabbed for a price that is in the ‘high double digits’, as in millions, and that the deal is ‘done’, though papers have yet to be signed.

If the rumor is true, then this is the second time Color founder Bill Nguyen has sold one of his startups to Apple. Back in 2009, Apple acquired his company Lala for $80 million.

So why would Apple be interested in a photo and video sharing app with less than 500,000 users? It’s likely for the company’s patent portfolio, valuable name — the domain name “color.com” is itself worth a healthy sum — and engineers. TechCrunch writes,

Color is still quite valuable for assets such as its engineers (not so much the non-technical members of its staff of around 30 people), its patents, and its trademarks.

The company also owns the trademark to its name. That’s right, it has the word “color” trademarked.

Maybe it also helps that both Apple and Color were funded by legendary Silicon Valley venture capital firm Sequoia Capital. In fact, Sequoia dumped $25 million of the $41 million raised by the app pre-launch — that’s double what it invested in Google back in the day!

Update: AllThingsD has published a conflicting report that says Apple is only planning to pay “something like $2 million to $5 million” to acq-hire the team of roughly 20 people, while letting everything else get shut down.

Clever Portraits of a Cat Using Sketches on Cardboard