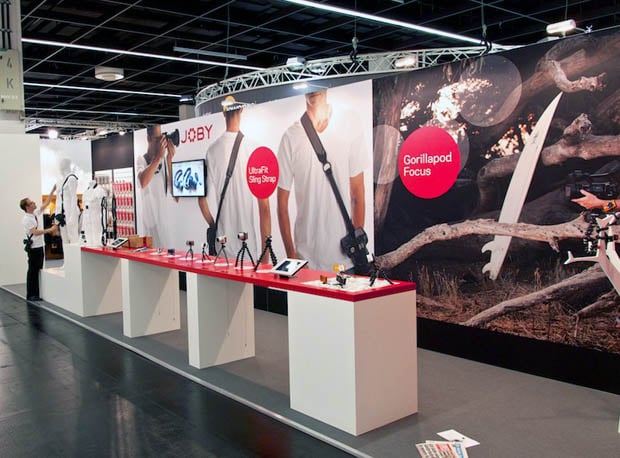 Joby sent out a press release today warning consumers that there are counterfeit versions of its popular GorillaPod flexible tripod floating around in the wild. While that isn’t too newsworthy in itself — what gear isn’t being counterfeited these days? — it’s the juicy details surrounding the release that are quite interesting. Apparently the company directly confronted companies involved in making imitations during Photokina 2012 in Cologne, Germany last month.

After Joby employees discovered fake products being displayed at “the booths of two Far-East based manufacturers,” they summoned Photokina organizers and security personnel and had the counterfeit goods removed from the show and confiscated. The faux-rillaPods got thrown into cardboard boxes and carried away: 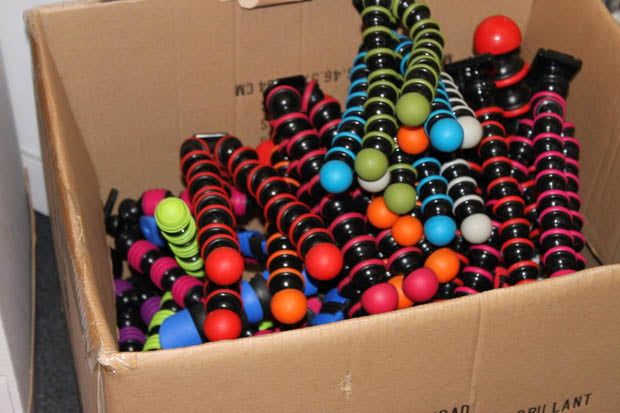 Since the original GorillaPod was launched, we have always taken a strong stance with manufacturers and distributors of products that infringe on our design patents – we will always take action to close down such activity! The quality of these products is poor and ultimately it is the consumer who suffers when they buy a product that does not deliver the function and reliability of a genuine JOBY product.

Joby’s warning is a wise one to heed; GorillaPod variants are often used to fix cameras in precarious locations. Having the tripod fail in those situations could be quite bad for the health of the cameras.

P.S. Canon and Nikon accessories are widely counterfeited, but we haven’t heard of any cases yet of those companies laying smackdown at trade shows.