Want to see what it looks like for a photo to go viral on Facebook? Check out these visualizations by San Francisco-based studio Stamen Design, which took three of the most shared images on the social networking service — Marvin the Martian (visualized above), Famous Failures, and Ab Fab London, all shared by George Takei — and created a visualization using the data from the hundreds of thousands of shares. 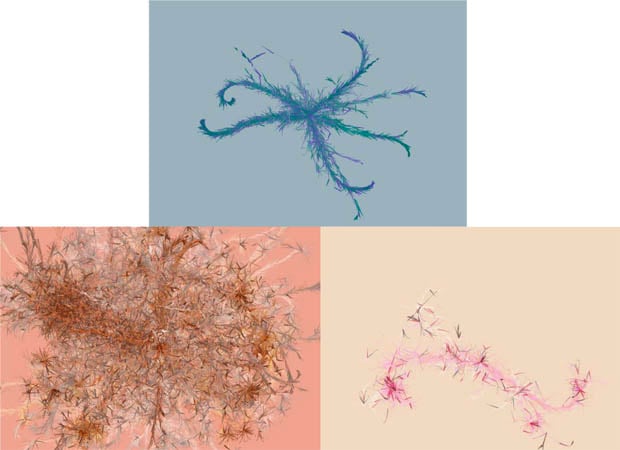 Each visualization is made up of a series of branches starting from a single person. As the branch grows, re-shares split off on their own arcs, sometimes spawning a new generation of re-shares, sometimes exploding in a short-lived burst of activity. The two different colors show gender, and each successive generation becomes more and more white as time goes by.

The data used for these visualizations spans a three-month period from July to September and is composed of shares originating from news feed.

Here’s the visualization for “Famous Failures”: