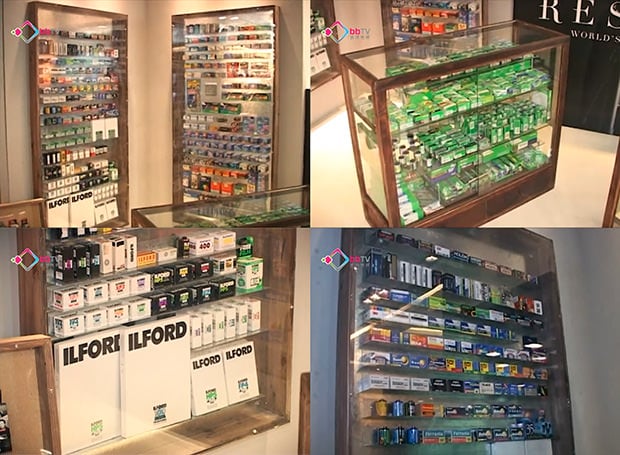 Stamps, coins, comic books, and baseball cards. Those are some of the popular things people around the world collect as a hobby. Not Ying Nga (Cecilia) Chow. She collects unprocessed photographic camera film.

Chow, a photography enthusiast based in Hong Kong, China, started collecting different films back in 2008. Since then, she has amassed an impressive collection of over 1,250 different films, ranging from ordinary films that are still in use today, to obscure old Russian films that you’ll be hard pressed to find anywhere on Earth. The collection features films by over 100 different brands from 30 different countries.

On June 30th, 2012, the Guinness Book of World Records awarded her the record for “Largest Collection of Unprocessed Film.”

She was recently interviewed by a Hong Kong news station bbTV regarding her collection:

Photographer Michel Mijonju Jones paid a visit to the collection as well while it was being exhibited at camera store in Hong Kong:

Chow should meet up with TM Wong, the Hong Kong-based camera collector who owns over 1000 instant cameras. Wong’s cameras would love being filled with Chow’s collection of Polaroid films, though Chow would be getting the short end of the stick if that were to happen.