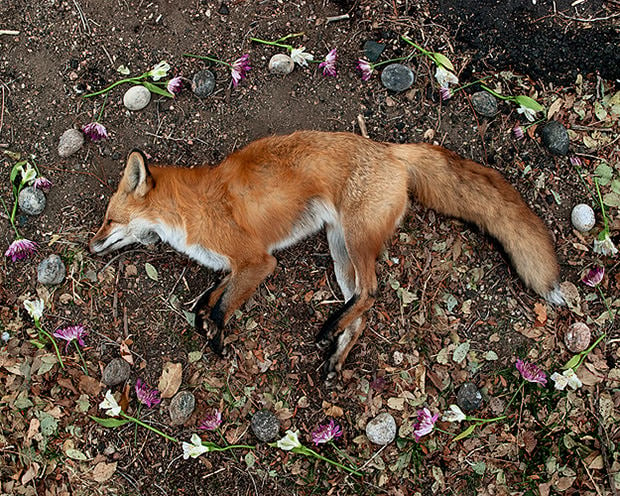 Photographer Emma Kisiel‘s project At Rest is both beautiful and morbid. On one hand, they show animals lying serenely inside a ring of rocks and flowers, but on the other hand, each one is of an animal that was stuck and killed by a car. What’s startling is the variety of roadkill she manages to find: everything from a squirrel to an owl (when’s the last time you saw an owl as roadkill?). 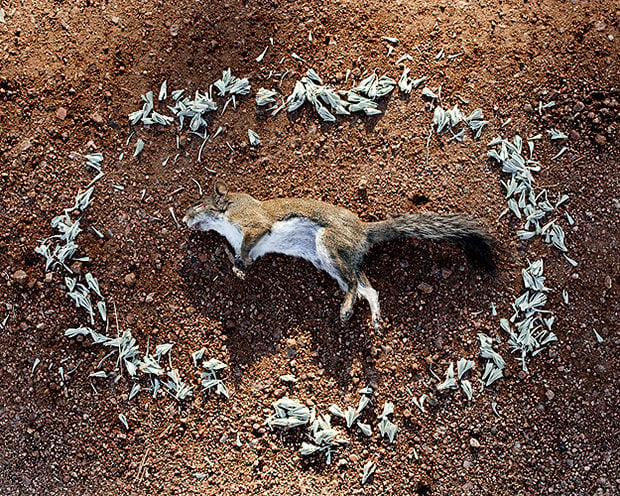 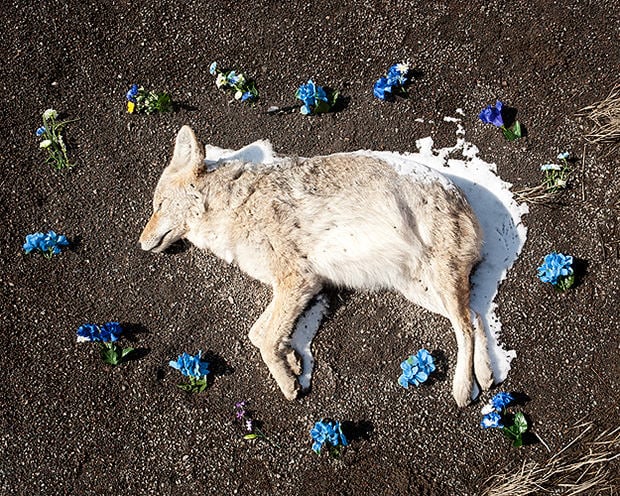 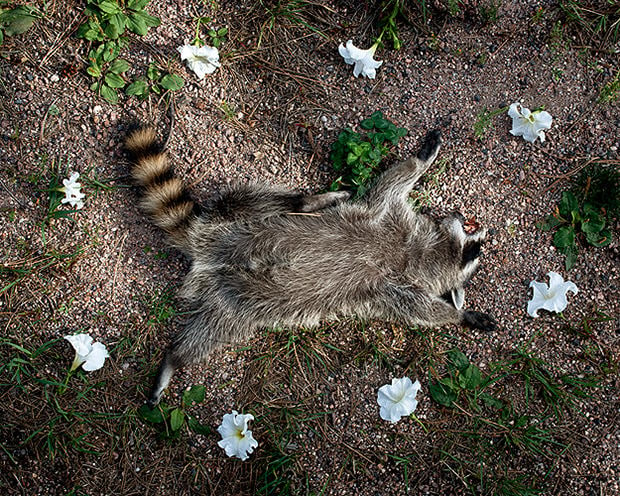 At Rest is a photographic series depicting roadkill on American highways and addressing our human fear of confronting death and viewing the dead. My images draw attention to the fact that, while man has a vast impact on animal and natural life, dominant American religions insist that animals do not have a place in Heaven and are, therefore, of little value in our society. To cause the viewer to feel struck by this truth, I photograph memorials I have built surrounding roadkill at the location at which its life was taken. At Rest expresses the sacredness to the bodies of animals accidentally hit by vehicles while crossing the road.

You can check out the rest of the images over on her website (warning: many are more graphic than the ones we’ve shown here).

At Rest by Emma Kisiel (via Junkculture)

Image credits: Photographs by Emma Kisiel and used with permission

Balotelli Tries to Pull a Bolt, Only Gets a Lens Hood Instead of Awesome Pictures