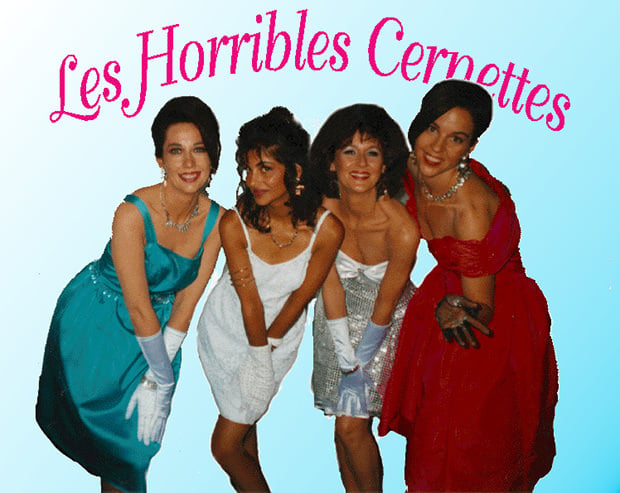 What you see here is the first image ever uploaded to the World Wide Web. It’s a graphic featuring a promo shot for comedy band Les Horribles Cernettes, and was uploaded almost exactly 20 years ago by Tim Berners-Lee, inventor of the World Wide Web. Motherboard has the interesting story behind the photo:

So when Berners-Lee and his team cooked up a new edition of their still-primitive World Wide Web system, one that could support photo files, he went a few steps from his workstation to ask de Gennaro for a Cernettes-related image. The Web had already used a few small vector image files to show off schematics, but Berners-Lee and his team needed a guinea pig for the leap into photos.

Lucky for him, de Gennaro had been toying around with a scanned .gif version of the July 18th photo, using version one of Photoshop on his color Macintosh. The .gif format was only five years old at the time, but its efficient compression had made it the best way to edit color images without slowing PCs to a crawl.

The image was added to a webpage about musical acts at CERN (where Berners-Lee worked), and was probably less viewed than the same image on physical posters around the lab. The Mac that housed the original .gif file died around 1998, and the photo faded into obscurity.

Crossdressing, Compression and Colliders: The First Photo on the Web [Motherboard]