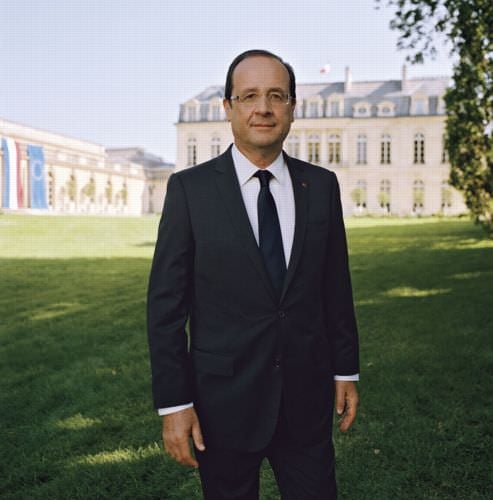 Raymond Depardon is one of the greatest living French photographers in the world, so when the new French President François Hollande was elected into office, Depardon was chosen to take his presidential portrait (seen above). The idea was to frame him as a “normal” guy, in stark contrast to his predecessor who had, quote, an “American-style presidency.” Unfortunately, regardless of the intent and photographical skill involved, the photo has been both widely criticized and mocked since it was unveiled on June 4th.

A smattering of comments sent in to local newspapers about the image, comments you can find on Imaging Resource, show a mixture of criticism for both the intent and the execution of that intent. One says the president looks “lost in his garden,” another that “the buildings [are] pale and far, the flags of France and Europe overexposed, and faint,” and still another complained that “This is not the picture of a President, this is a picture of a guy in a garden.”

What’s worse, some have taken to Photoshopping spoof images of the president in funny outfits, probably not what the president wants. But what’s your take on the photo? Is this simply expertly executed simplicity/normalcy in a photograph? (after all, Raymond Depardon has 60+ years experience, it ought to be good). Or is it something else? Let us know in the comments down below.