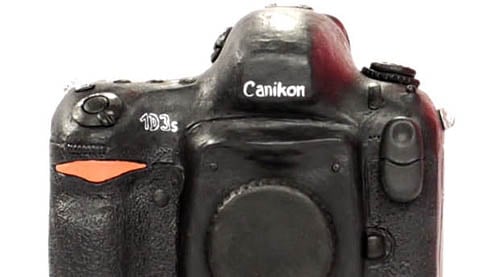 We’re gonna call this rumor “significantly farfetched,” but stranger things have happen and we’d hate to miss out on this one just in case somehow it comes to fruition. Someone personally told the folks over at Northlight Images that Nikon and Canon are swapping some patents, the result of which will be a Nikon camera with an EF mount.

Rather than speculate (you guys can do that in the comments) we’ll leave you with an entertaining DigitalRev video from Christmas Day 2011 featuring the fictitious Canikon 1D3s:

(via Northlight Images via Canon Rumors)

Models’ Faces Split and Mirrored Down the Middle

The Gun and the Camera: A Historical Relationship