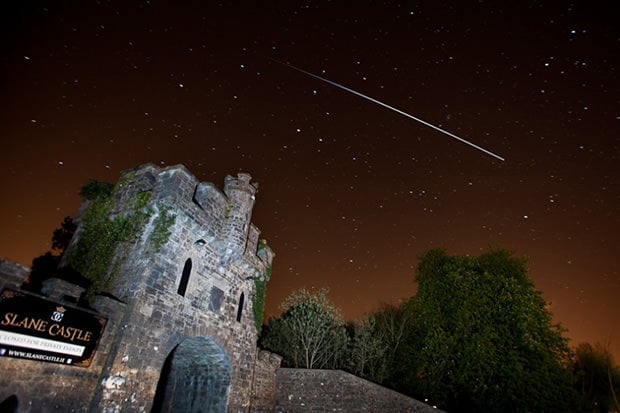 Photographer Shane Murphy has written up an informative step-by-step tutorial on how you can photograph the International Space Station as it whizzes by overhead.

First things first, the most important thing to do is to plan well. Forward planning is vital to any night sky shot, along with a steady tripod and a warm coat. There are quite a few websites and twitter feeds that can help you with your planning. Even though it only takes about an hour and a half for the ISS to complete an orbit of the planet, you could be waiting quite some time under the night skies before the station appears above. The station only appears for a short time (about 1-2 weeks) and then re-appears again many weeks later. This is due to the orbit of the station above earth.

You can check out a collection of ISS photographs he has taken here.

Imaging the ISS (via Boing Boing)

Image credit: Photograph by Shane Murphy and used with permission

The Timelapse+: An Intervalometer and So Much More