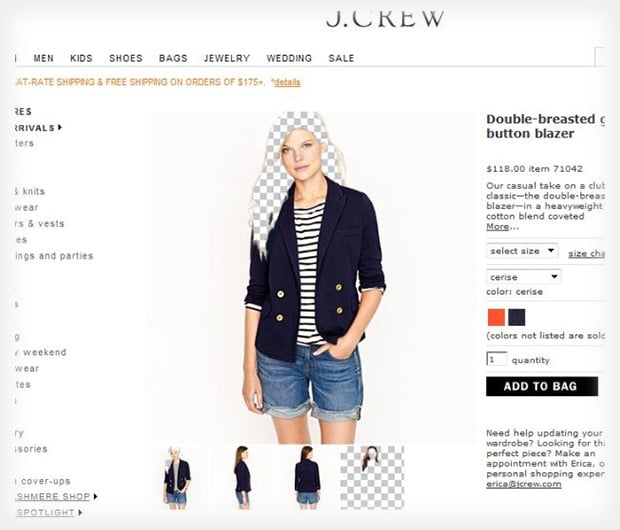 Here’s a Photoshop protip: before saving a final version of a photo for publishing on the web, make sure all the layers you want in the image are actually visible. Apparently some Photoshopper working for JCrew got careless with his layers, which led to the above catalog photo showing a model with transparent hair (in fact, the hair appeared by itself in a separate photo). The catalog entry has since been fixed, with the invisible-haired woman replaced with a boring photo of a blue blazer.