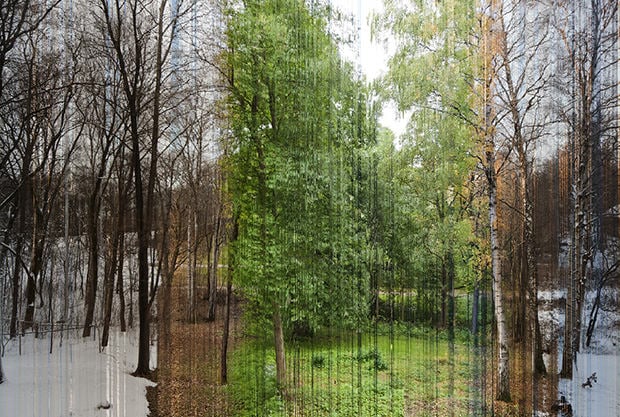 While we’re on the subject of photos captured over the course of one year, check out this crazy time-lapse photograph by Eirik Solheim of Oslo, Norway (whose time-lapse video work we’ve featured before).

The image shows the passing of one year starting from January on the left and ending with December on the right, and comprises 3888 photographs captured during the days that were then combined using a special script that uses one vertical segment from each image.