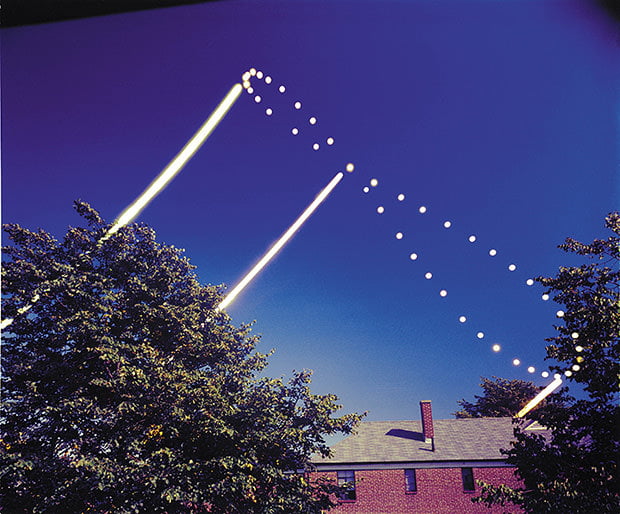 Want a challenging photography project? Try capturing an analemma in a single shot. “Analemma” is the name given to the figure-eight shape traced by the sun if photographed at the same time of day over the course of a year. To capture it, you’ll need to leave your camera in a fixed position and shoot photos at exactly the same time of day for all of the shots.

[…] the imaging of the analemma is considered perhaps the most difficult and demanding astrophotography project that one can pursue. Aside from requiring significant analysis and preparation prior to starting the imaging of the sun over local skies lasting twelve months in duration, one must also exercise discipline, organization and accurate procedural matters in order to assure that a properly framed and structured analemma will be produced at the end of the twelve months. [#]

Update: Dennis sent us this July 1979 issue of Sky & Telescope that discusses some of the challenges in shooting an analemma:

The Big Hands: Yet Another Teaser for Nikon’s Mirrorless Camera?