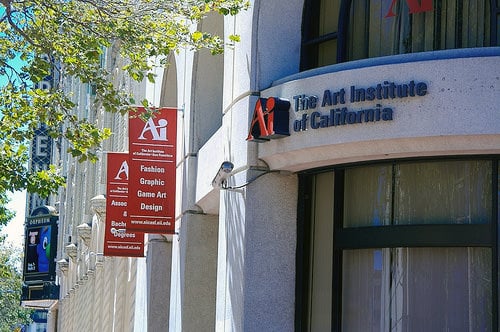 The Art Institutes, one of the nation’s largest for-profit school systems where people can receive an education in photography, has come under fire. Last month, the US Department of Justice filed a massive lawsuit against the company behind the schools, Education Management Corporation, accusing it of fraudulently collecting $11 billion in government aid by recruiting low-income students for the purpose of collecting student aid money. Whistleblowers claim that students graduate loaded with debt and without the means to pay off the loans, which are then paid for with taxpayer dollars.

At the Art Institute of Pittsburgh campus alone, there were reportedly about 600 photography students pursuing a bachelor of arts or associates degree as of last summer, says Kathleen A. Bittel, the whistleblower whose testimony before a US Senate committee last fall helped trigger the federal lawsuit against EDMC.

[…] “Where are 600 photography graduates going to go? You cannot absorb that many in one city. How are they going to make money?” she says.

Bittel says EDMC had plans last summer to increase its photography student enrollment by adding a 12-15 month diploma to the program. The new degree was intended to attract students who wanted a “quick fix” in the form of a degree they could earn faster than an associate’s degree with minimal effort, Bittel says. “If the bachelors students can’t find jobs, where are the students with [12-month diplomas] going to go?”

The Art Institutes: Legitimate Photo Schools or Accessories to Fraud? (via DWF)

Marwencol: An Acclaimed Movie About Photography and an Imaginary World