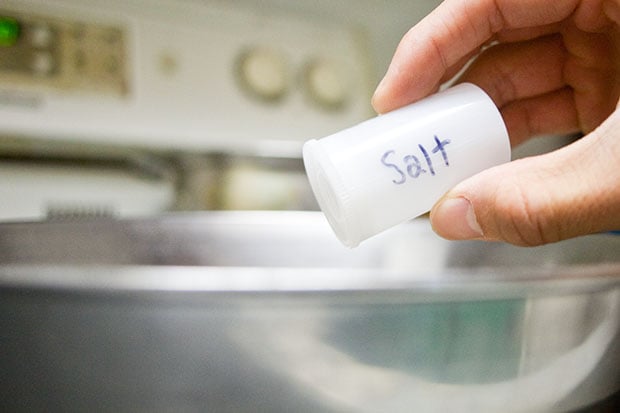 A neat way to reuse film canisters is to poke holes in the lids and turn them into salt shakers, but some people argue that this may expose you to the harmful chemicals that leak out of film and into the plastic of the canister. It’s actually a question that Kodak has received a lot over the years, and they say it shouldn’t be a problem as long as you wash it out first:

To protect the film from contamination, Kodak quality standards require that the insides of the containers must be exceptionally clean. No “toxic” materials leach out or offgas from the containers themselves.

[…] Newspaper and magazine articles have mentioned “toxic residues” in the containers which might come from the film. There are none. The chemicals in a roll of film are embedded in the gelatin emulsion layers (about as thick as a human hair) and do not rub off the plastic film base.

They also state that if you (or your pet) accidentally eat some film itself, the main concern would be the film cutting your innards rather than chemical poisoning.