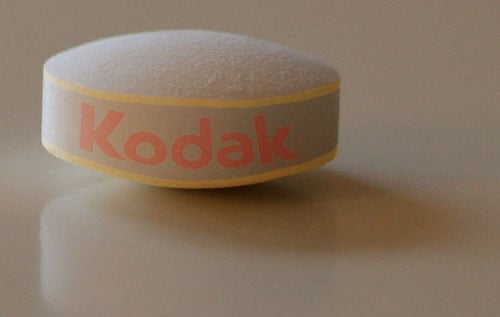 If you look at the price of Kodak’s stock, you’ll see that the company is currently worth about $600 million — a figure that may be significantly lower than what its digital imaging patents could sell for. With the risk looming that a buyer might try to acquire the patents by simply taking over the company, Kodak is taking evasive maneuvers:

The Rochester photo and imaging company said Monday that its board had created a special class of stock to serve as a firewall in case someone tries to take a majority interest in the company.

Under the terms of the deal, if any investor tries to buy 5 percent or more of the company over the next three years, Kodak would issue all current stockholders shares of preferred stock. As a result, any takeover attempt would require the purchase of additional shares that could make the cost prohibitive.

In the business world, this tactic is known as a “poison pill“.