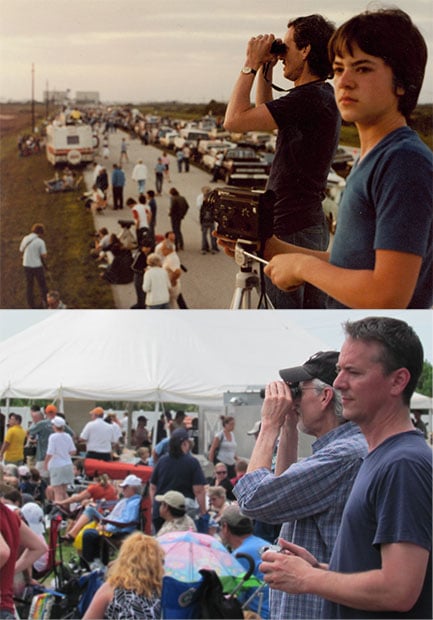 Musician Chris Bray was 13-years-old when he and his father attended the first ever launch of NASA’s Space Shuttle program on April 12th, 1981. His mother snapped a photograph of the two standing ready with binoculars and a Super 8 camera. Last Friday, Bray (now 44) and his father (now nearly 70) were also in attendance at the final launch of the Shuttle program, and decided to recreate the photo they had taken together 30 years earlier.

Image credits: Photographs by Chris Bray and used with permission

Now You Can Build Your Own Leica M3 Paper Pinhole Camera