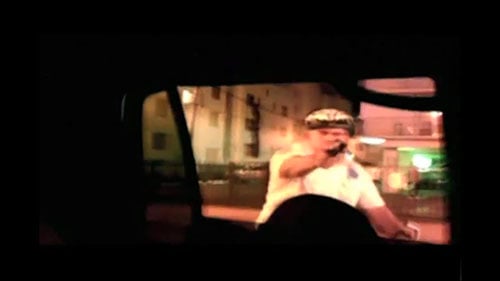 On Memorial Day 2011, Narces Benoit witnessed and filmed a group of Miami police officers shooting and killing a suspect in a car chase and armed robbery. He was then confronted by officers who handcuffed him and smashed his cell phone, but Benoit was able to sneakily preserve the video with some quick thinking. The Miami Herald writes,

Benoit said the officers eventually uncuffed him after gunshots rang out elsewhere and he discreetly removed the [memory] card and placed it in his mouth.

Officers again took his phone, demanding his video. He said they took him to a nearby mobile command center, snapped a picture of him, then took him to police headquarters and conducted a recorded interview while he kept the [memory] card in his mouth. He insisted his phone was broken.

The video was uploaded to YouTube yesterday, and has since gone viral. A local news cameraman also had his camera confiscated and thrown into the back of a police car.

(via The Miami Herald via Carlos Miller)

Update: Turns out it wasn’t a SIM card, but an SD memory card that was used in a HTC EVO. (Thanks Caleb!)