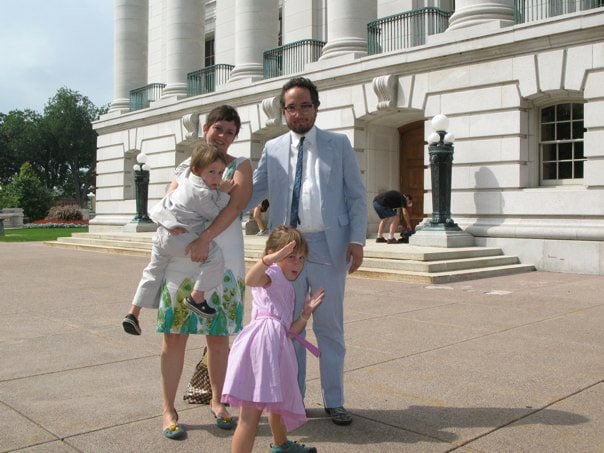 Notice anything strange about the photograph above? It shows the Myers family taking a photograph together outside the Capital building in Madison, Wisconsin. Look a little closer, and you’ll see that their Canon G7 caught something unusual. 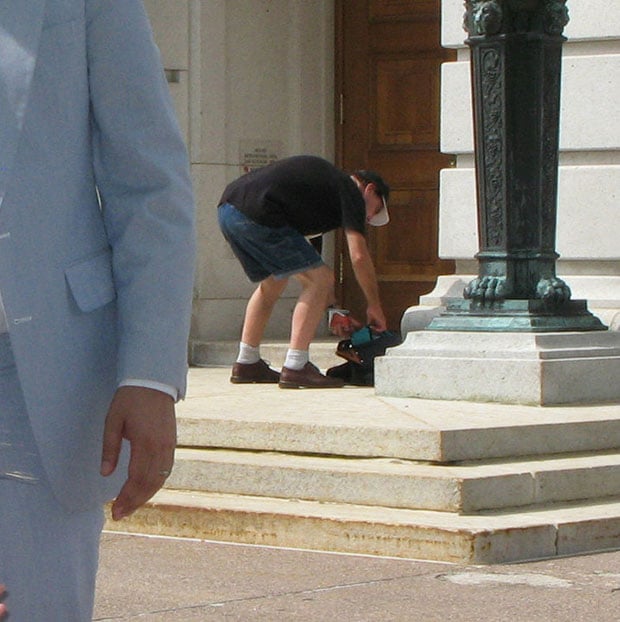 Yup. That’s a thief stealing the Myers’ bag while they’re turned the other way and looking at the camera. Here’s their story, originally published by Gizmodo:

We were taking pictures outside the Capitol building and I wanted to get a timed shot of the whole family all dressed up. So I put my bag down, placed the camera on a wall, got everyone to line up, set the timer for ten seconds, and jumped into the photo. I took a quick look at the image and liked it.

We then started to walk away when I realized my bag was missing. I went inside the building to see if someone had turned it in, but no luck. I ran outside and circled the building, but still no luck.

I then realized that I might have caught the thief on camera and I checked the shot again. When I saw the guy with his hand in my bag, I ran back inside and found the Capitol Police. They were amazing. They immediately sent out a description of the thief using the photo I took. In a few minutes, one officer had found him still in the area. The thief had dumped some things from the bag in a nearby trash can—the flash for my camera, a small backpack of kids toys, a bag of cables, extra SD cards, my mini tripod—but still in my bag were my wallet with cash, credit cards, hotel keys, rental car keys, and my iPad.

The Police recovered everything and hauled the guy off to jail.